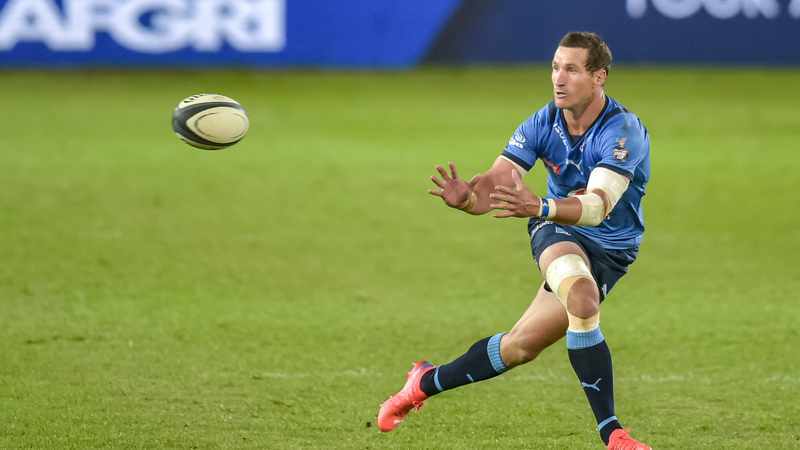 Johannesburg — Those hoping to see Johan Goosen back in action sooner, rather than later, will have to wait that much longer after the Bulls flyhalf revealed that his prolonged stint out of the game due to injury, has a few more months to go.

The No 10, capped on 13 occasions by the Springboks, was expected to return to the field in the coming weeks and, indeed, was even touted as a possible selection by mentor Jacques Nienaber in the senior men’s national team for Wales’ Inbound tour in July.

That, however, will not be happening as Goosen explained that his ACL injury, picked up last year October, has had to undergo another operation recently.

Said Goosen on Wednesday: “I actually had a second surgery after the first one about two months ago.

“There was something loose but they have fixed it now. Rehab is going well and, hopefully, I can play in two or three months.

“I think I am going to miss one or two matches but that is the target to get the confidence back and to play again for the Bulls. I still have to make it back into the team because Chris (Smit) and Morne (Steyn) are playing well.

“So, ja, it is a good challenge for me and I am looking forward to it.”

Goosen’s continued absence could, nevertheless, create some major concerns for Nienaber and Co, and moreover could open the door for an untested No 10. It is no secret that the Boks are tragically thin in the flyhalf channel at the moment.

Apart from Handre Pollard and Elton Jantjies, there is a genuine lack of experience in the position at Test level. Jantjies is also not assured of participation in the three match Test series against the Welsh in July, due to the extremely worrisome accusations made against him recently that could and should tie him up legally.

That opens the door for Curwin Bosch, who has had streaks of brilliance amongst some inconsistent form; or perhaps even Manie Libbok, who has been a standout for the Stormers. Jordan Hendrikse, meanwhile, is still finding his feet at senior level but he too could be a selection as understudy to Pollard.

Despite this latest set-back, Goosen — speaking at the launch of Castle’s It’s Within campaign at Imbizo Shisanyama in Tembisa, north of Johannesburg — revealed that he has been in contact with Nienaber and that his personal goal is to play for the nation in France at the Cup next year.

“Ja, he (Nienaber) phoned me and asked me if I still want to play for the Boks. I was at the two camps where we had meetings.

“It is actually sad that I got injured, as I really thought I had a chance to play in a Wales’ Test. That is the new goal for me: To get back on the field and to maybe make the Cup squad.

“Maybe third time lucky?” he said with a smile.

Meanwhile, Goosen’s union — the Bulls — are in action on Friday in a Currie Cup clash against the Pumas at Loftus Versveld (kick-off 7pm). That matchday 23 will be selected on Thursday.

It is still unclear when Nienaber will name his squad for the Inbound Tour, but there should be a measure of clarity on Thursday as well, when SA Rugby hosts the media and their stakeholders at the launch of their Next Phase campaign.