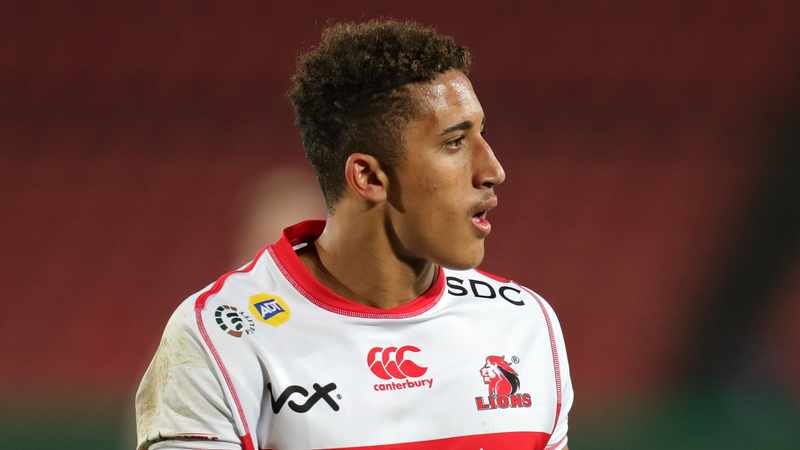 Durban — The beleaguered Blitzboks have received a United Rugby Championship boost in the form of Lions flyhalf Jordan Hendrikse, who has joined the squad for this weekend’s London Sevens.

Hendrikse has already had a few team training sessions and his excitement has been ‘through the roof’ as the reality sets in that he will wear a Blitzboks jersey for the first time at Twickenham on Saturday and Sunday.

Of course, the 20-year-old Hendrikse found himself freed up from Lions duty after his team failed to make the quarterfinals and completed their United Rugby Championship campaign against the Dragons in Newport last Saturday.

“I last played Sevens at school, so was surprised to get that request from coach Neil (Powell). What a great feeling this is, and I am still processing it,” Hendrikse said on Wednesday.

“There are so many emotions, but nervous and excited are definitely two of them,” he said with a broad smile.

The former Junior Bok said although his sights were not necessarily set on the Blitzboks jersey, the honour was massive, and that it would be a huge moment for him to represent his country.

“I have already experienced the bond the guys have as a team and it is clear they are a family, so being part of this is incredibly special for me,” he said. “The goal and aspirations were always to play for my country and to wear the green and gold in rugby, so this is massive for me.

“I was already getting ready to travel back to South Africa (from Wales) when the call came, so my mind shift changed quickly. I am always up for a challenge and I’m looking forward to this weekend with some nervous anticipation.”

Hendrikse said the information received from the training sessions was clear and detailed.

“I just need to make sure that I get on the same page as the guys, and the session today was full of detail, so I could take it all in,” said Hendrikse. “The main challenge for me is to adapt, but as I said, I love a challenge, so I’m looking forward to spending the weekend with this squad and doing so in the green and gold will just add that bit extra.”

The Blitzboks schedule for Saturday, 28 May