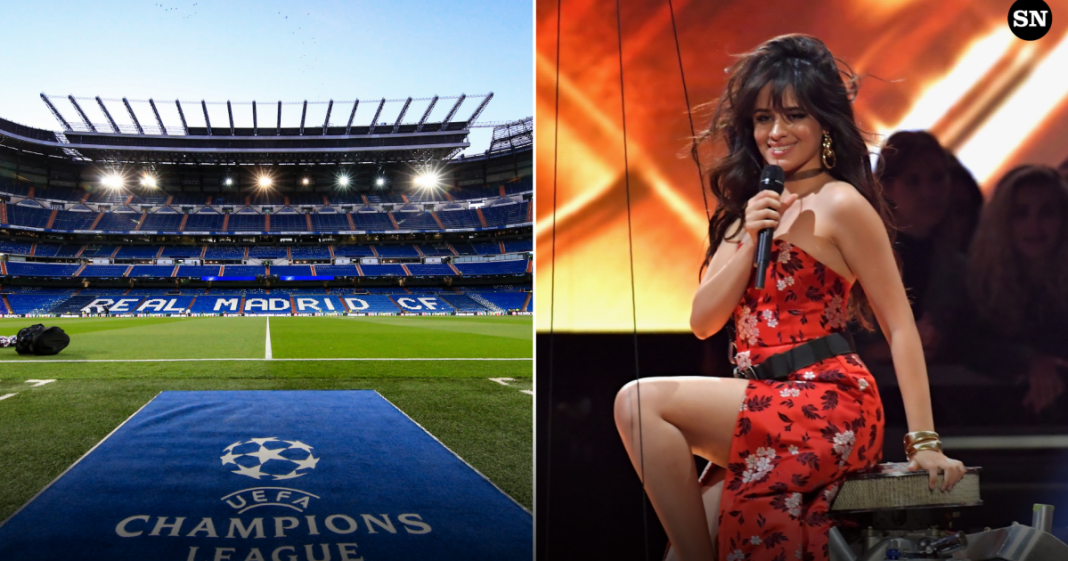 The UEFA Champions League final has stood alone for some time as the most-watched yearly football event worldwide, and this season’s match between Liverpool and Real Madrid promises to be no different.

And there is additional reason for supporters to tune in before kick-off this year, as Cuban-born recording artist Camilla Cabello has been announced as the lead performer in the 2021/22 Champions League final opening ceremony.

UEFA has for some time now followed the tradition of other global sports in providing pre-match fanfare to increase the game’s profile and give fans both in the stadium and around the globe a reason to tune in early.

This year, as Liverpool and Real Madrid go head to head on May 28, Cabello will add her name to the growing list of global icons who have performed prior to the biggest club game in Europe.

I’m excited to announce that I’ll be performing at the UEFA @ChampionsLeague Final Opening Ceremony presented by @PepsiGlobal #PepsiShow. I’ve got lots of surprises in store for you 🦋. pic.twitter.com/ixTKh6DdhY

MORE: Why do Liverpool fans sing ‘One Kiss’ by Dua Lipa?

Who is Camila Cabello?

Born in Havana, Cuba in 1997, Camila Cabello is an award-winning musical recording artist and actress.

Cabello’s father is Mexican, and she spent her younger years between Havana and Mexico City. Her family eventually moved to Miami when she was six years old, and she earned her American citizenship in 2008.

As a young singer, Cabello was first noticed on ‘The X-Factor’, where she finished third in the 2012 edition of the show. Following the conclusion of that season, she formed the band Fifth Harmony with three other contestants. Fifth Harmony released two studio albums and one EP, and Cabello toured with the band between 2013 and 2016.

Cabello subsequently carved out a solo career, with her first big breakout hit coming with the song ‘I Know What You Did Last Summer,’ a collaboration with Canadian artist Shawn Mendes.

She has since recorded collaborations with artists like Machine Gun Kelly, Pitbull, Ed Sheeran, Cardi B, Major Lazer, and Travis Scott, among others.

Cabello’s biggest hits include ‘Senorita,’ ‘Havana,’ ‘Don’t Go Yet,’ and ‘Bam Bam.’ ‘Havana’ made Cabello the first Hispanic woman to have a song certified Diamond by the Recording Industry Association of America in October 2021.

The Fifth Harmony song ‘Bad Things’ with Machine Gun Kelly reached No. 4 on the U.S. Billboard Hot 100, and her singles ‘Havana’ and ‘Senorita’ topped various charts in the United States, United Kingdom, and Canada.

She dipped into the acting industry with her 2021 movie Cinderella in which she played the lead role.

UEFA has booked a pre-match performer for every Champions League final since 2016, when Alicia Keys became the first official opening ceremony headliner.

The only game that did not feature a performer in that period was the 2020 Champions League final in Lisbon, Portugal which was played behind closed doors due to the COVID-19 pandemic.