‘Rafael Nadal might not be able to get past…’, says top analyst 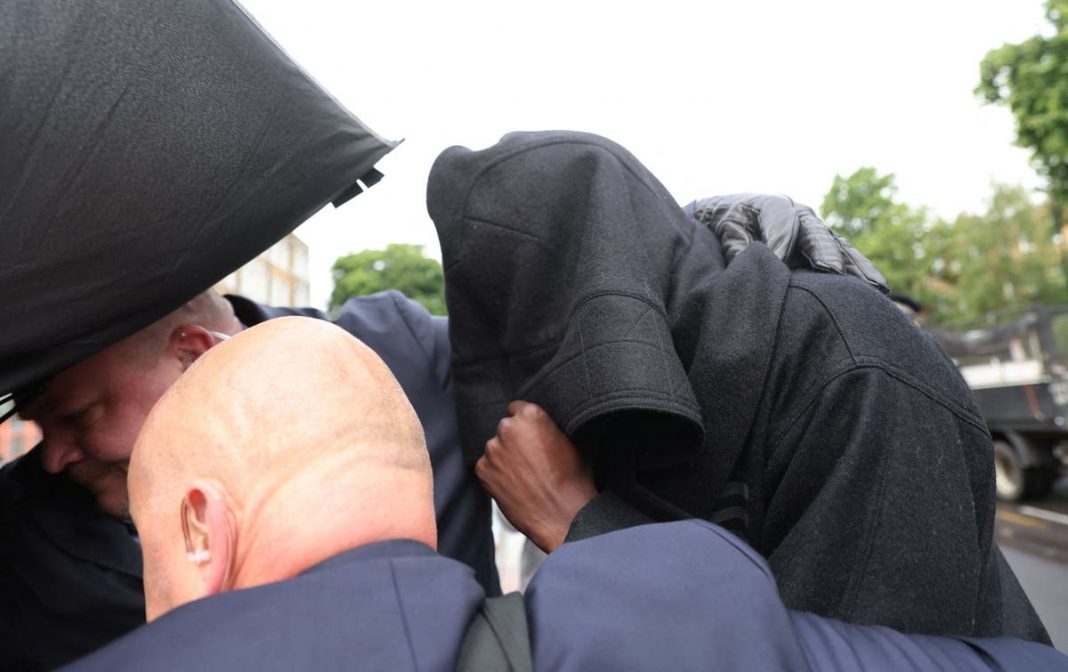 ootballer Kurt Zouma has admitted animal cruelty charges after a video of him kicking and slapping a cat went viral online.

The 27-year-old West Ham defender stood in the dock at Thames magistrates court to plead guilty over the Snapchat videos which sparked widespread public anger.

Footage showed Zouma picking up the animal up and booting it across the kitchen, as well as slapping a cat in the head in front of his young son.

His younger brother Yoan, 23, was also accused following an investigation by the RSPCA.

He pleaded guilty to aiding and abetting the causing of unnecessary suffering to a protected animal in the same incident, which happened on February 6.

Prosecutor Hazel Stevens told the court: “The matter came to light when a young lady who had been chatting to Yoan Zouma for a couple of weeks was messaging him on February 6 to arrange a date that evening.

“Video images uploaded to social media were sent on Snapchat.

“The lady was horrified at what was taking place, even more so as Yoan Zouma appeared to find the events funny.”

The court heard a series of videos had been posted on Snapchat by Yoan Zouma, showing his brother chasing a cat, throwing a shoe at it, and drop-kicking a cat across the kitchen floor.

It appeared the incidents were sparked by damage to the home which was blamed on one of the cats.

Ms Stevens said Kurt Zouma “kicks a cat as though it were a football”, and pointed out some of the abuse happened in front of the footballer’s seven-year-old son.

In the slap incident, the son is holding the animal as Zouma carries out the attack.

The clips were accompanied by laughing emojis and laughter could be heard in the footage.

At one point, Kurt Zouma is heard saying “I swear I will kill it”.

Ms Stevens said both Bengal cats were confiscated by the RSCPA on February 11, and Zouma signed over ownership of both pets at court today.

The woman who had been due to go on a date with Yoan Zouma cancelled the meeting, telling him she was “disgusted” by the “very cruel” animal abuse.

In response, Yoan Zouma told her: “We never had animals before, maybe that’s why we don’t know how to manage these cats.”

A doctor assessed the animals after the incident, finding they would have suffered soft tissue damage, pain and discomfort, as well as lasting fear of being assaulted.

After the video spread online, Yoan Zouma was suspended by his non-league club, Dagenham & Redbridge, before returning to the squad in early March.

Kurt Zouma was fined two weeks’ wages by West Ham, but did not face a suspension from Premier League action.

However he was dropped by a number of his sponsors including Sportswear giants Adidas, and has faced mocking chats on the terraces.

Trevor Burke QC, for Kurt Zouma, said the footballer “accepts that he is primarily responsible” and it will hang over the rest of his life.

“It has totally disrupted his life, completely”, he said. “Whatever achievements are and will be, a Google search will always reveal the plea.

“He will never put it behind him, it has had a profound effect professionally, and on his career going forward.”

The barrister added that Zouma faced a hefty club fine, and he has not played for France since the incident – though Mr Burke accepted that decision had not been specifically pinned on the cat abuse.

After news first broke of the RSCPA prosecution, West Ham said in a statement: “Kurt continues to cooperate fully, supported by the Club.

“It is our understanding that Kurt’s cats have been checked by a vet, are in good health and have suffered no physical injuries.”

An allegation against Kurt Zouma that he breached an animal welfare duty was withdrawn at court, as well as a second aiding and abetting charge against his brother.

According to charges Kurt Zouma admitted, he “caused unnecessary suffering to a protected animal, namely a cat, by an act, namely by kicking a cat in the abdomen”.

In extraordinary scenes outside court, Kurt Zouma was bundled into the building by security guards who ploughed through a bank of photographers while shielding the footballer with a coat and umbrellas.

District Judge Susan Holdham agreed to a reporting restriction on both of the defendants’ addresses, after hearing that they have endured online racism, abuse, and threats.

Mr Burke said seven criminal prosecutions are expected to be commenced against online abusers of the West Ham star.

The Zoumas are set to be sentenced on June 1 after probation has pre-prepared reports on them.