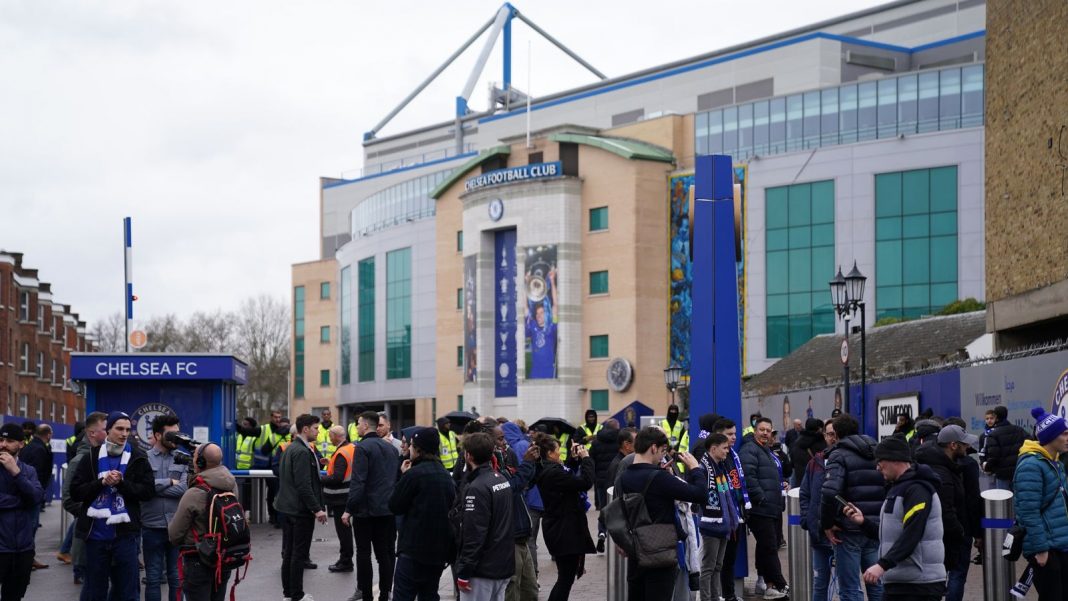 The government is expected to approve the Todd Boehly-led consortium takeover of Chelsea within the next 24 hours.

They have now received legal guarantees that Roman Abramovich will not benefit from the sale of Chelsea meaning that they can approve the £4.25bn deal.

Sky Sports News understands that the proceeds of the sale are going into a frozen bank account controlled by the government.

Abramovich is also sanctioned by the European Union and, as he has a Portuguese passport, the sale has to be approved by the Portuguese authorities. It is expected the deal will be signed off on Tuesday.

Sky Sports News chief reporter Kaveh Solhekol discloses the members of the Ted Boehly consortium and what’s likely to happen with the £4.25bn pounds they agreed with Chelsea.

The deal will bring an end to Abramovich’s 19-year ownership of Chelsea, in which the club has won 21 trophies including five Premier League titles and two Champions Leagues.

The news will be a boost for Thomas Tuchel’s side as they have been unable to buy or sell players or negotiate new contracts with players due to the restrictions imposed on Abramovich over his alleged links to Vladimir Putin’s Russia.

Abramovich put Chelsea up for sale days after Russia’s invasion of Ukraine on February 24.

What is the Boehly bid and who is part of it?

Abramovich was then part of a delegation trying to broker a peace deal between Russia and Ukraine and suffered ‘symptoms of suspected chemical weapons poisoning’ during the talks.

The UK government sanctioned the oligarch on March 10 but granted Chelsea a special licence – which expires on May 31 – to keep operating.

Talks over the sale have dragged on in recent weeks, with Abramovich having to deny reports that he wanted the £1.5bn he loaned to Chelsea repaid before he would sanction a sale.

Boehly bid successful – what does it mean for Chelsea?