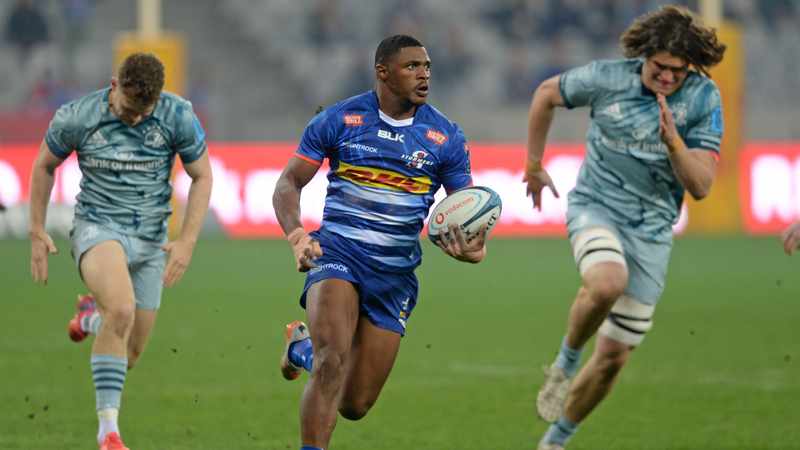 Durban – South Africa has three sides in the United Rugby Championship (URC) quarter-finals, which confirms our players are more than up to the challenge of mixing it with Europe at provincial level.

In fact, I reckon a Springbok team picked solely from South Africa’s URC players would beat Wales in June.

Here is my team in the hypothetical situation of the overseas Boks not being available – and my team is picked on form not reputation, so some Cup heroes don’t make it.

15 Warrick Gelant: Back to his best after injury and has sparked many a Stormers attack. Aphelele Fassi won’t be in the frame until he improves his tackling.

14 Madosh Tambwe: Scored the fastest hat-trick in Super Rugby history (13 minutes) for the Lions against the Stormers in 2017. He is SA’s answer to Julian Savea.

13 Ruhan Nel: A Blitzbok for 147 games, Nel has made a stunning transition to XVs and has consistently smashed holes in the opposition defence for the Stormers. Cornal Hendriks is right up there, too.

12 Burger Odendaal: The Lions letting him go overseas was criminal. As for the Bulls, who chased him away when Jake White took over, Odendaal has given them a sweet twos-up.

11 Leolin Zas: Sorry Mapimps, Mr Zas is the form left wing, just as Nel and Hendricks are playing better than Lukhanyo Am. Speaking of the Sharks, Zas did not work out there, although to be fair, he was injured for a long time.

10 Manie Libbok: Another who found form after exiting the Sharks. Before that Libbok had been on the fringes at the Bulls. In Durbs, he mostly played fullback and then went to the Stormers where he has more than repaid the faith John Dobson has had in him at 10.

9 Morne van den Berg: He looks like Faf de Klerk with a haircut and plays as Faf did at the Lions before he went kick crazy. Van den Berg creates tries with his sniping play and can also them off with blistering pace.

8 Evan Roos: Elrigh Louw at the Bulls has been excellent but Roos even better. Case closed.

ALSO READ: What is so scary about Rassie Erasmus being a Springbok water boy?

7 Vincent Tshituka: He had a monopoly on Man of the Match awards – no wonder the Sharks paid top dollar for him.

6 Marcell Coetzee: The more the media rave about the warhorse, the less chance Jacques Nienaber will pick him, it seems, so sorry about the kiss of death, Marcell.

5 Ruan Nortje: The galloping giraffe reminds me of Albert van den Berg in his prime. The latter had a fantastic work rate, as does Nortje.

4 Walt Steenkamp: He has blossomed since moving from the Cheetahs and every week does the dirty work for the Bulls.

3 Thomas du Toit: The Sharks No 3 has matured into a fine tighthead and against Ulster did most of the ball carrying on his own.

2 Bongi Mbonambi: He sneaks in after an indifferent game against Ulster but prior to that he was a raging bull but another Bull, Johan Grobbelaar, is breathing down his neck.

1 Ox Nche: Another Shark not at his best in Belfast but has otherwise been awesome.