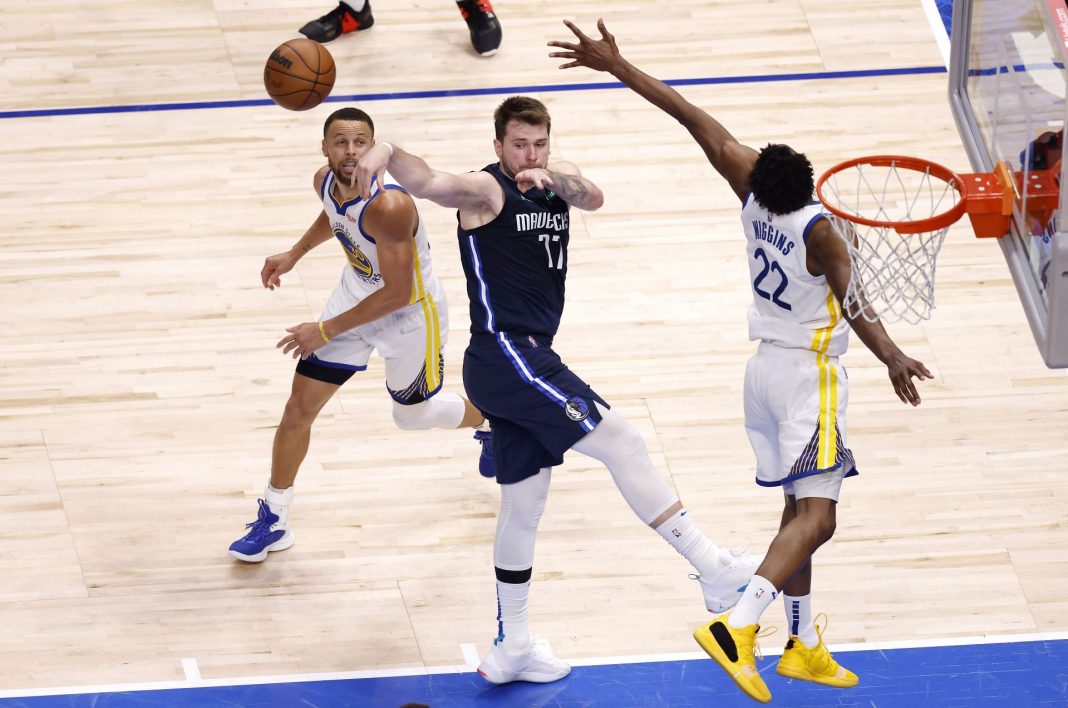 The Dallas Mavericks have been outclassed by the Golden State Warriors on both ends in the Western Conference finals, despite a strong showing in the previous round.

In the series against the Phoenix Suns, there were games where someone apart from Luka Doncic showed up in spurts – but against a foe like the Warriors, the talent gap is pretty evident.

The Warriors have ascended to a 3-0 lead in the series and the credit can be distributed almost equally amongst more than five players. Whereas, the Mavericks can expect consistent performances from just one player on their roster, with the others stepping up being a case of chance – so far in the series.

Former Chicago Bulls player Jay Williams touched upon this parity between the two teams on “Keyshawn, JWill and Max,” as he said:

“The fourth best player on Golden State would probably be the number two option for the Dallas Mavericks.

“Whatever way you want to rank them, doesn’t matter – will probably be the second-best player for the Dallas Mavericks.”

Game 2 was the closest the Mavericks got to winning a game in the series. Apart from that game, all players who are not named Doncic have found it hard to get going.

Luka Doncic is leading the Dallas Mavericks in all categories, including rebounds – out-rebounding the team’s pseudo center Dwight Powell by a healthy margin.

Steph Curry, on the other hand, is averaging 28.0 points, 8.3 rebounds and 6.7 assists while receiving meaningful help from multiple teammates. Jay Williams added:

“You got Draymond Green, who is directing the team. You got Klay, who is coming alive when he’s supposed to come alive. Andrew Wiggins. He’s posterizing Luka Doncic and shutting him down at the same time.”

Luka Doncic’s scoring ability is otherworldly, considering the ease at which he makes buckets. The 23-year-old All-Star has averaged 34.0 points in the series so far, including two 40-point games, but not even one of his efforts has helped them secure a win.

Luka Doncic is 2-6 when scoring 40+ points in the playoffs.

Jalen Brunson and Spencer Dinwiddie, who are supposed to be helping Doncic on the offensive end, have not been consistent enough – further increasing Doncic’s responsibilities. The Mavericks’ system has led to Doncic being compared to former NBA MVP James Harden, as Williams said:

“It almost seems like, at a time, Luka becomes like a Slovenian version of James Harden, where the ball just stays stuck in his hands – I’m like ‘You gotta move the ball.’

“And I start thinking about what this Dallas team needs to be, in order for them to get over the hump – but that sure as h*** ain’t happening this year.”

The Mavericks were able to find a way to stop the Phoenix Suns in the previous series, but the Warriors pose a very different challenge.

The offensive firepower of the Warriors seems to be unmatched and they’ve managed to step it up defensively as well. By the looks of it, the Dallas Mavericks will need to pull a rabbit out of the hat to have any chance in this series.