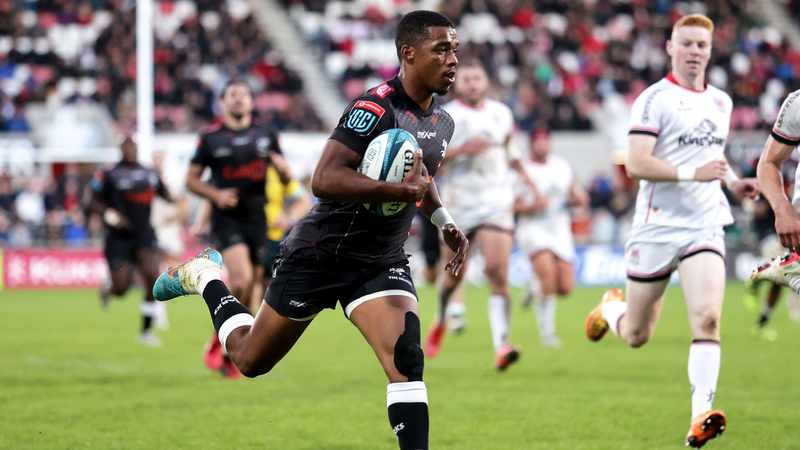 Durban — With respect to the Bulls, the Sharks will feel they have got out of jail in a sense after finding themselves travelling to Pretoria for a URC quarter-final and not having to front up in Belfast once more.

If Munster had gained a bonus point in their defeat to Leinster in the weekend’s final round, that would have been the fate of the Sharks and other permutations could have had them travelling to Munster or Leinster.

Well, an hour of travelling to Pretoria to face a devil you know extremely well as opposed to an overnight flight to Ireland to face those tricky leprechauns is way more preferable, especially when the Sharks can remind themselves that the last time they went to Loftus Versfeld for a URC match, they beat the Bulls 29-22.

And then the only other time the teams have met in the URC, the Sharks won that one as well, although that was at Hollywoodbets Kings Park in December of last year.

The Loftus match between the rivals was in February and it was an ill-tempered affair, as these matches invariably are, and the Bulls will want to point out to the Sharks that the scales only tipped in their favour when Morne Steyn was red-carded for a late and high tackle on Lukhanyo Am.

Sharks fans will counter that the visitors suffered a red card of their own when Grant Williams made head contact with the Bulls’ replacement flyhalf, Chris Smith, and both teams played the last 19 minutes with 14 men.

It is an academic debate whether the Bulls would have won had they had not had issues at flyhalf and the reality for the Sharks is that they can garner belief that they can prevail in the Bulls’ corral.

That belief is precious because prior to that win, the Sharks had copped a couple of hidings at Loftus, be it in Superhero Sunday, Super Rugby Unlocked or the Currie Cup final.

Looking at the two line-ups from that day in February, both sides still have pretty much the same teams. One big difference for the Sharks is that back then, Curwin Bosch was in the wilderness and Tito Bonilla started at 10.

Now Bosch is back and he had been playing much better in a Sharks side that won nine matches in a row in the URC before coming unstuck at the weekend against Ulster.

Against Ulster, Bosch was at times tentative on attack and defence. And while it is hardly all his fault, it was interesting to hear SuperSport analysts Nick Mallett and Schalk Burger express concern that the Sharks do not offer much on attack beyond the brilliance of individuals.

An illustration would be the deep hole the Sharks were in at 24-7 before Grant Williams came off the bench and sparked two magnificent tries — one scored by him and the other by Marius Louw — to bring the Sharks close at 24-21.

Another noteworthy aspect of the Sharks’ game is that they struggled to get attacking momentum because their usually dominant pack was neutralised by Ulster. That is going to happen occasionally in games and that is when you need other ways to generate momentum, such as via big ball carriers, but in this respect, the Sharks did not seem to have the firepower.

The good news for the Sharks is that they should have two big men back this week — locks Gerbrandt Grobler and Le Roux Roets did not travel to Belfast because of injury and paternity leave respectively.