‘Rafael Nadal does deserve to be a…’, says top actor 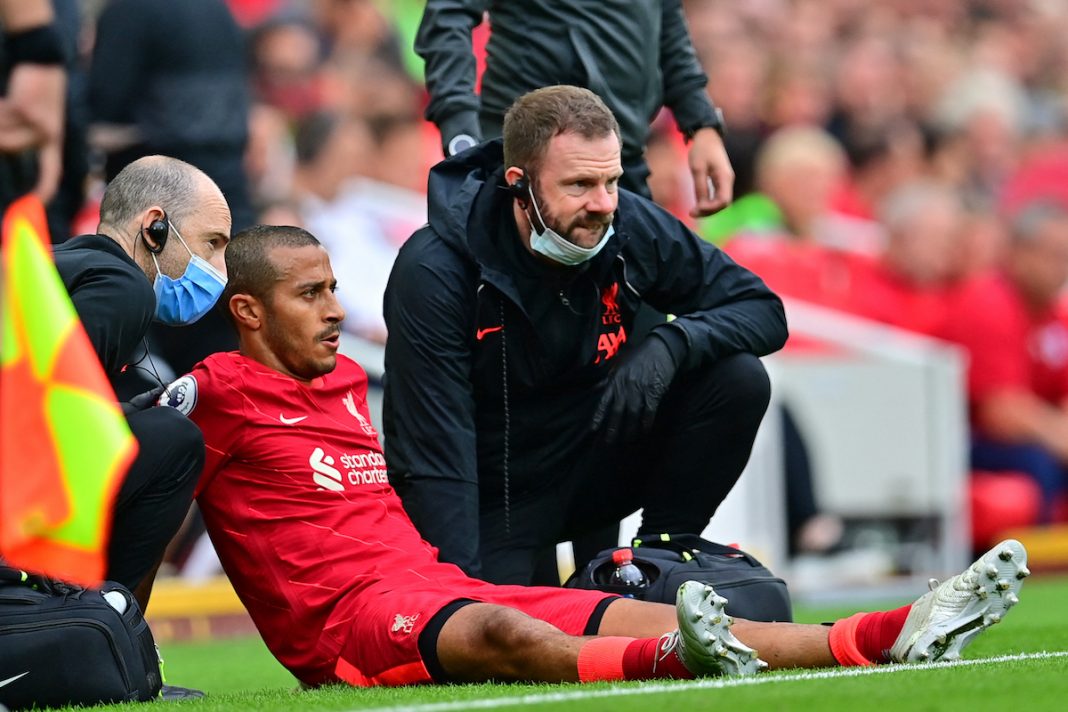 Liverpool’s Thiago faces a race against time to recover from an Achilles injury for the Reds’ Champions League final showdown with Real Madrid on Saturday.

The midfielder went off at halftime during yesterday’s final day clash with Wolves and the extent of the injury was unknown. Speaking after the game about Thiago, Klopp said via The Athletic: “I think he’ll be out of the final but I don’t know. He’s limping, so it’s maybe not the best sign.

“Not good, but I cannot say more. He could walk, that’s obviously a good sign, so let’s see. It was a lower part of his body.”

According to Liverpool journalist James Pearce of The Athletic, Thiago underwent a scan on Monday which eased fears that he suffered significant damage during Sunday’s 3-1 win. The scan revealed the injury was connected to the Spaniard’s Achilles, an area that the 31-year-old hasn’t experienced an injury to before, according to Transfermarkt.

However, it remains unclear at this stage whether the midfielder will be fit for Saturday’s showdown in Paris, as much depends on how he responds to treatment over the coming days.

This would be a huge blow to Liverpool should Thiago miss Europe’s biggest match and would give Real Madrid a boost heading into the showdown.