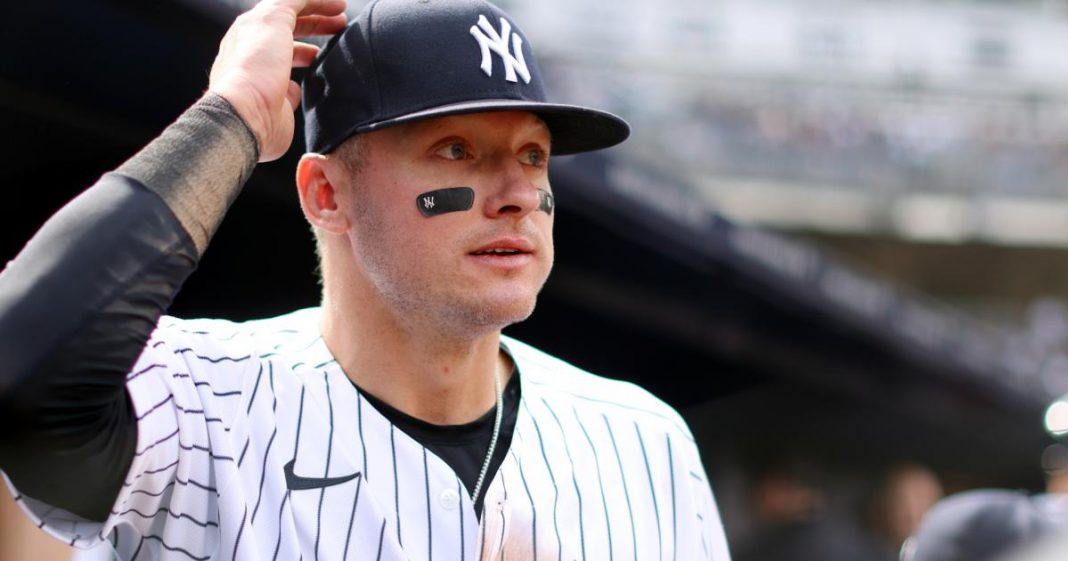 Josh Donaldson may want to choose his words more carefully in the future.

The Yankees third baseman was the center of controversy during a series with the White Sox over the weekend, when he referred to him as “Jackie” during the game.

Benches would clear later in the game when Chicago catcher Yasmani Grandal impeded Donaldson from reaching home plate, taking issue with whatever it was that Donaldson told Anderson.

There was clarity following the game: Anderson said Donaldson called him “Jackie” twice, once during the first inning and another time during the third.

“He just made a disrespectful comment,” Anderson said following the game on Saturday. “Basically, just trying to call me ‘Jackie Robinson.’ ‘What’s up, Jackie?’ I don’t play like that. I really don’t play at all.”

White Sox manager Tony LaRussa called the jab “racist.” Anderson wouldn’t go that far, but said the comments were “along those same lines.”

MLB announced it would “investigate” the incident, and felt Donaldson was in the wrong: On May 23, Donaldson got his discipline from MLB, as he was handed a one-game suspension for his “inappropriate comments” directed toward Anderson.

MLB has completed the process of speaking to the individuals involved in this incident. There is no dispute over what was said on the field. Regardless of Mr. Donaldson’s intent, the comment he directed toward Mr. Anderson was disrespectful and in poor judgment, particularly when viewed in the context of their prior interactions. In addition, Mr. Donaldson’s remark was a contributing factor in a bench-clearing incident between the teams, and warrants discipline.

Donaldson plans to appeal the suspension.

Why did Josh Donaldson refer to Tim Anderson as ‘Jackie’?

There’s more context to the situation, but none that makes Donaldson’s comments any better. In a 2019 interview with Sports Illustrated, Anderson drew a line between he and the American civil rights and baseball icon, saying he felt the need to bring more energy, excitement and fun to baseball.

“I kind of feel like today’s Jackie Robinson,” Anderson said. “That’s huge to say. But it’s cool, man, because he changed the game, and I feel like I’m getting to a point to where I need to change the game.”

Given Donaldson’s history of tension and instigation with the White Sox, it’s unsurprising that some in Chicago felt that the punishment was light, including pitching coach Ethan Katz. Katz tweeted about it after the suspension was announced:

👀 Just one game. We all saw his malice at third a week ago, then this comment with the ridiculous excuse that followed. What’s the point or message behind a 1 game suspension? This is incredibly disappointing and plain frustrating.

“(Eyes emoji) Just one game. We all saw his malice at third a week ago, then his comment with the ridiculous excuse that followed. What’s the point or message behind a 1 game suspension? This is incredibly disappointing and plain frustrating.”

Donaldson was also placed on the COVID-19 list on Monday. Chicago would win the series in New York, taking two games in the three-game set.