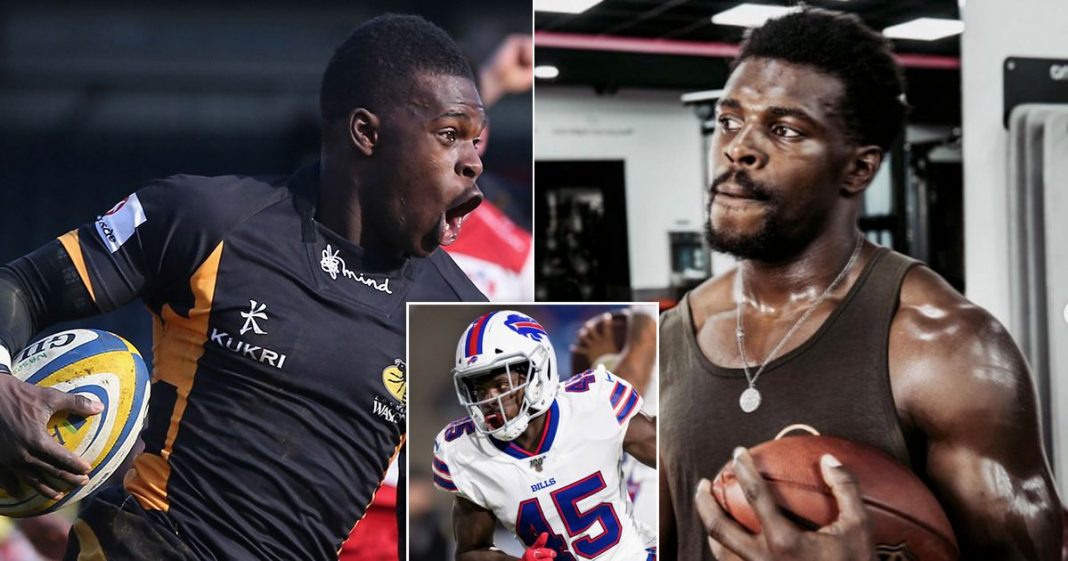 After three years with the Buffalo Bills in the NFL, England-capped Christian Wade appears to be on the verge of a rugby return amid rumours of Premiership interest

The Gallagher Premiership could soon welcome back one of its most prolific names after Christian Wade hinted a return to rugby is on the cards.

Wade, 31, became the highest-profile export to leave rugby for American football in 2018. The speedster cut short his seven-year stay with Wasps in order to test his talents in the National Football League, where he’s spent the past three years with the Buffalo Bills.

He became a viral sensation after scoring a touchdown with his first touch of the ball in a 2019 pre-season game. The Covid-19 pandemic and a serious shoulder injury meant he struggled to build on that momentum, however, and a future in the NFL looks unlikely.

That could result in a return to his roots among oval-ball sports, and England’s top flight would be a natural destination. Former employers Wasps and league-leading Leicester Tigers have been touted as potential suitors, with Wade admitting he’s hungry to play once again.

“I’m just looking at what the next move will be for me,” he said during a recent appearance on BBC Radio 4 Today. “Whether I continue to pursue NFL, whether I look at rugby again – because I am starting to build up an appetite for it after being away for so long.”

After being cut from the Bills roster, Wade is a free agent and has a multitude of options in front of him. The former winger quoted a recent tweet from RugbyPass reporting he’s on the verge of penning a new contract in rugby, replying only with a pair of watchful eyes.

Which rugby club do you think would be the perfect fit for Christian Wade? Let us know in the comments section.

“Ultimately I am intrigued what value [rugby union] teams can see that I could bring to them, now that I’ve had those three years away,” Wade continued. “It’s quite intriguing to see where those teams place me now if I was to join them. You add my NFL experience – an elite part of sport – that’s something I can bring to teams now as well.”

At the time of his union exit, Wade—who earned a solitary England cap in 2013—had scored 82 tries in 130 Premiership appearances for Wasps. Chris Ashton leads the all-time list with 95 scores to date, but the former NFL trialist is backing himself to eclipse that count if he rejoins the Premiership ranks.