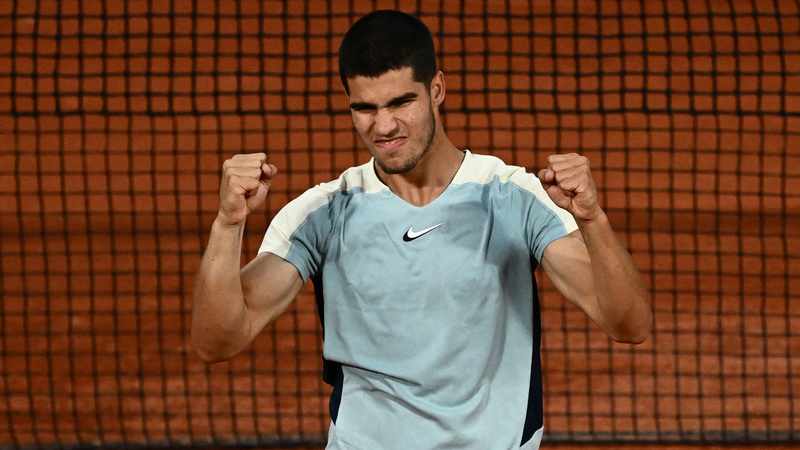 Paris – Teenage Spanish star Carlos Alcaraz said the best part about being touted as the future of Grand Slam tennis was that he is realising a “dream that is not for everyone”.

The 19-year-old defeated Argentine lucky loser Juan Ignacio Londero 6-4, 6-2, 6-0 to advance to the second round of the French Open on Sunday.

Bidding to become just the eighth teenager to capture a major men’s title, he is tipped to end the dominance of 13-time Roland Garros champion Rafael Nadal and two-time winner Novak Djokovic.

“I would say the best thing about being Carlos right now is that I’m reaching my dream,” said Alcaraz, who reached the third round in Paris a year ago on his main-draw debut as a qualifier.

“I’m really happy with playing tennis, playing these kind of tournaments, these kind of stadium, is not for everyone, so I would say that is the best thing.”

The sixth seed will play compatriot Albert Ramos-Vinolas for a place in the last 32.

“I have been watching this tournament many years. It’s a unique place to play and I have been dreaming of playing here,” said Alcaraz.

He broke Londero in the 10th game of a tight opening set, then ran away with the match by breaking five more times over the next two sets on Court Philippe Chatrier.

Alcaraz, who was ranked 97 this time last year, has won a tour-leading four titles this season, three coming on clay in Rio, Barcelona and Madrid where he defeated Nadal, Djokovic and Alexander Zverev to lift the trophy.

Despite his rapid ascent, Alcaraz is doing his best to focus on the basics and put all the extra attention he is receiving to one side.

“I am trying to be focused just on the tournaments, on the matches,” he said.

Alcaraz became the youngest US Open quarter-finalist of the Open era last September, and is the only player to knock Nadal and Djokovic out of the same clay tournament.

He was just two years old when Nadal won his first Roland Garros title in 2005, and cited the approach of his idol as one he intends to follow.

“I always say that you have to improve every day if you are the best player in the world, which I’m not in my case,” said Alcaraz.

“But for example, Rafa says every day that he always improves every day. I would say I have to improve everything a little bit.