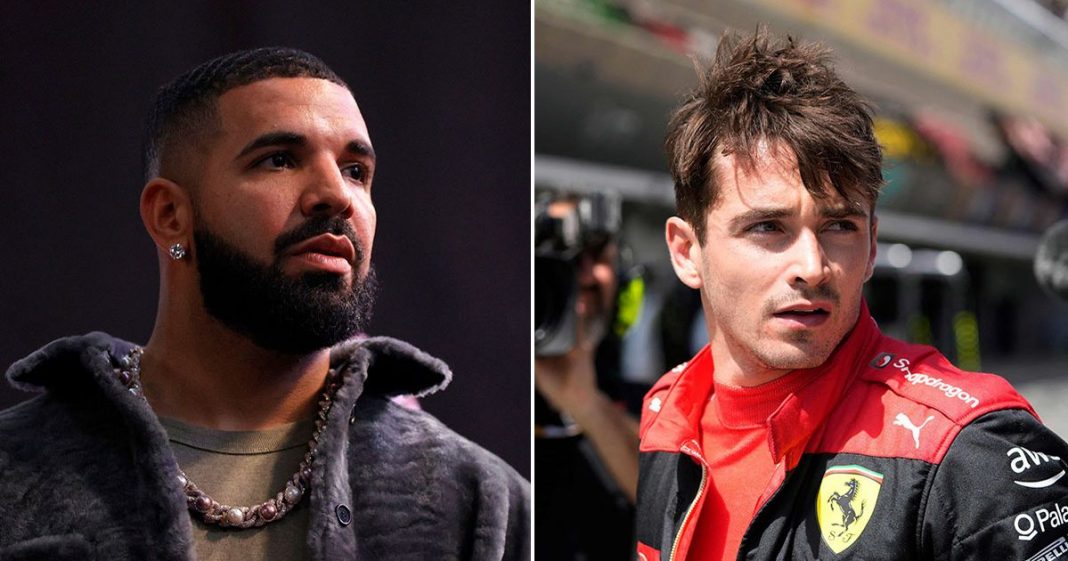 Four-time Grammy Award winner Drake staked it big for Charles Leclerc to win in Barcelona, but the bet was doomed when Ferrari’s star retired after just 27 laps

Rapper Drake lost a bet worth almost £200,000 after Charles Leclerc failed to finish the Spanish GP (

Ferrari weren’t the only ones to lose out after Charles Leclerc was an early casualty during Sunday’s Spanish Grand Prix as rapper Drake lumped on the Monegasque to win.

Leclerc, 24, travelled to Barcelona as the leader in the drivers’ standings but left trailing Red Bull ‘s Max Verstappen, who secured a third successive race win. It is the first time Verstappen has topped the Drivers’ Championship this season after the Dutchman suffered two DNFs in the opening three races.

The retirement was Leclerc’s first of the season, although he does have form in Spain after recording a DNF in Barcelona two years ago. Drake, 35, might have done well to consider that 2020 result before placing a $300,000 CAD (£186,000) stake on Ferrari’s main man to win again on Sunday.

That’s the amount the Canadian lyricist wagered on Leclerc to finish first, posting the screenshot on Instagram before taking it down. It’s not the first time Drake has posted about his betting behaviour, having also recently shown fans he lost a $550,000 CAD (£342,000) bet following Charles Oliveira’s recent win over Justin Gaethje at UFC 274.

A Leclerc win in Spain was worth identical odds of 3/2 (or 2.50 in decimal form, as shown on Drake’s stake receipt), and victory would have earned the singer a cool £466,000. Instead, an engine failure meant Leclerc’s race came to an end after just 27 laps.

It was a crushing blow for the former pace-setter as he attempted to slow Verstappen’s revival. Instead, Red Bull’s poster boy and defending champion has now tied his record of three consecutive race victories and is six points ahead in the drivers’ standings.

Who do you think will be crowned F1 champion for 2022? Let us know in the comments section.

The ‘One Dance’ singer has developed something of a reputation for blowing it big with the bookmakers. Drake also staked $275,000 (£218,000) on Jorge Masvidal to beat Colby Covington at UFC 272 in March, only for ‘Gamebred’ to fall short.

His betting practices appear to be an eerie extension on the ‘Drake Curse’, whereby athletes have a habit of losing big games or events after posing for pictures with ‘Champagne Papi’. Conor McGregor was pictured next to the rapper prior to his defeat against Khabib Nurmagomedov, while Anthony Joshua infamously enthused he was “bout to break the curse” before he lost to Andy Ruiz Jr..

Ferrari fans may hope Drake keeps his F1 interests to a minimum if they’re to end their 15-year wait for a title in 2022. Or, at the very least, start backing drivers from Red Bull or Mercedes if Leclerc is to get back to winning ways.