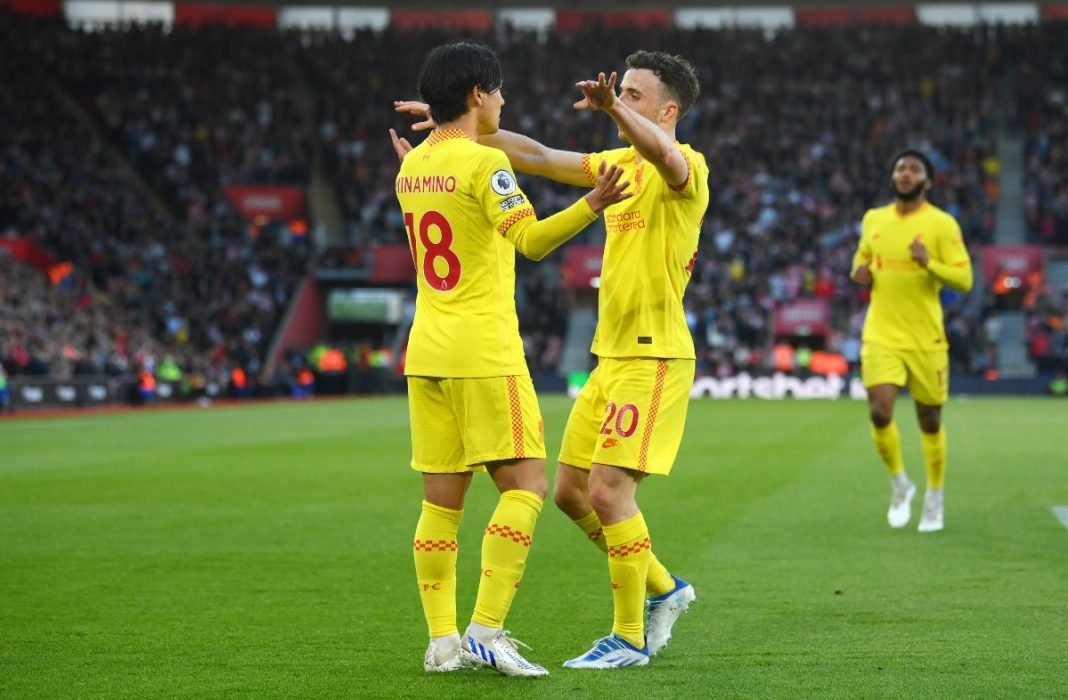 Liverpool are reportedly facing interest in Takumi Minamino this summer, with Inter Milan keen on the potential €15million transfer.

The Japan international has struggled for playing time at Anfield, despite there being plenty of excitement when he joined from Red Bull Salzburg a few years ago.

According to Todo Fichajes, Minamino’s future now looks in serious doubt, with talks already held over a potential move from Anfield to the San Siro.

It would be interesting to see Minamino at a club like Inter, where he’d likely get the chance to play more regularly than he has in this star-studded Liverpool squad.

It could be a bit of a risk, however, for the Reds to let the 27-year-old leave right now, as they might find themselves short of options in attack in the near future.

Liverpool have Mohamed Salah and Sadio Mane heading towards the final year of their contracts, so it could be that both players will soon be heading out of the club.

That doesn’t necessarily mean LFC would want to promote Minamino to first choice, but it could still be useful to have him around as he clearly has something to offer the team, even if it’s only as a rotation option or as an impact sub.