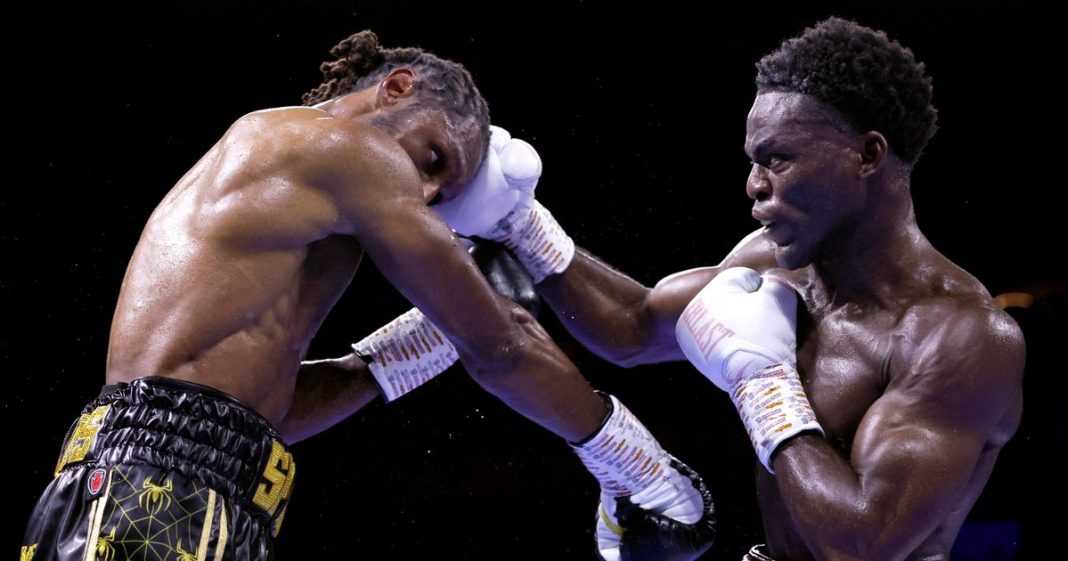 Tyson Fury confirms to Piers Morgan he is retiring from boxing

Joshua Buatsi has outpointed domestic rival Craig Richards in a gruelling encounter to continue his unbeaten run to a world title shot.

‘JB’ returned to the ring for the first time since defeating Richard Bolotniks last August, with a win for the rising star likely to set up a world-title shot against WBA champion Dmitry Bivol. Richards defeated Marek Matyja late last year to return to winning ways late after falling short against Bivol in his own title charge.

However it was Buatsi that had his hand raised after a gruelling encounter saw the South Londoner handed unanimous decision victory to move one vital step close to a title shot. The 29-year-old was delighted with his display and called for an immediate shot at world glory.

“We want the world title. We’ve made it very clear. We are ready,” Buatsi said post-fight. When you are there you believe in yourself,” he said. “This guy lives next door to me. He gave me 12 hard rounds. Maximum respect to him.

“It couldn’t have been a great fight without Spider.. It takes two to do it and he did it. He pushed me every round. I knew it was a close fight but I’d say I hurt Spider more. You could argue for both.”

Buatsi began the fight in the ascendency as he landed some crisp combinations in the fast opening stages. Both men landed significant work with a well-timed overhand right stiffening the legs of Richards before he fired back with an uppercut of his own.

Who do you think Joshua Buatsi should fight next? Let us know in the comments section below

The favourite looked strong in rounds four and five with more dominant work leaving Richards on the back-foot waiting for any sign that the storm would soon clear. Buatsi was handed a significant scare in the eighth being dazed by heavy artillery from Richards who pushed for a finish to no avail.

Buatsi recovered well and scored some damaging work of his own in the tenth before the pair went all guns blazing in an electric final round. The judges saw Buatsi’s controlled display giving him the edge with the scorecards at 116-112, with two scoring it 115-113 in his favour.

After his victory, Buatsi now finds himself in pole position to chase a title shot at Bivol who has just defeated Canelo Alvarez earlier this month. Richards was defiant and respectful after the final bell with a regroup needed after a narrow third career defeat.

Also on the card Alen Babic defeated Adam Balski in a thriller earlier on the card despite being dropped with just seconds gone in the opening stanza. Chantelle Cameron made a successful defence of her unified titles with a wide decision victory over Victoria Bustos to continue her route to an undisputed title clash.

John Hedges and Cyrus Pattinson both scored stoppage victories on the card to continue unbeaten starts to their respective careers, while Cheavon Clarke also caught the eye in his second fight.

Ghanamma.com - All trademarks and copyrights on this page are o