Good, bad, worse: David Benavidez was at his destructive best 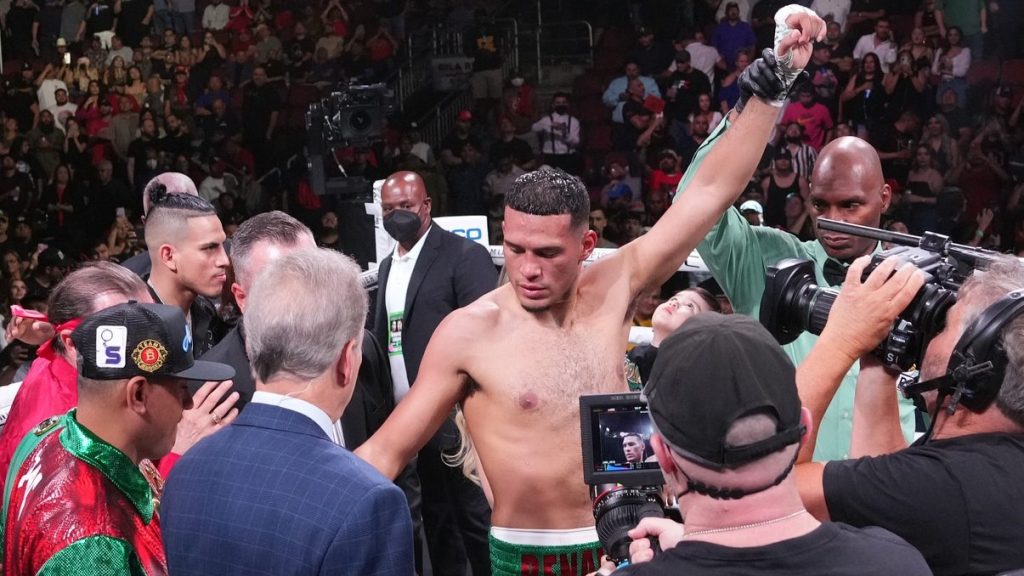 A critical look at the past week in boxing

David Benavidez’s brutal knockout of David Lemieux on Saturday can’t be described as his finest performance because of Lemieux’s limitations. But it sure was spectacular.

Benavidez unleashed a torrent of accurate power shots that quickly overwhelmed and damaged his veteran opponent, prompting Lemieux’s cornermen to stop the fight before he could be seriously injured.

Benavidez won the WBC’s “interim” super middleweight title, which strengthens his position as the primary contender for champion Canelo Alvarez’s belt. In the process, the “Mexican Monster” also underscored on national television the notion that he’s one of the most destructive forces in the sport.

And he’s only 25, meaning he’ll probably get better. Imagine that.

Benavidez isn’t a one-punch knockout artist. If he were, Lemieux would’ve been stopped earlier than he was. No, the strapping 168-pounder methodically batters his opponents with every punch in the book until they or their handlers can take no more, as we saw on Saturday.

According to CompuBox, he landed a remarkable 52.3% of his power punches (58 of 111), meaning he landed more than he missed. Its’ no wonder Lemieux was a bloodied, beaten mess after the short fight.

Of course, Alvarez, the undisputed champion, remains the man at super middleweight in spite of his one-sided loss to light heavyweight beltholder Dmitry Bivol on May 7. However, some believe Benavidez could be the super middleweight who can take him down.

He probably won’t get the chance, at least not soon. Alvarez is likely to fight Bivol again or Gennadiy Golovkin a third time, which leaves Caleb Plant, Jermall Charlo and Demetrius Andrade as the highest-profile potential opponents for Benavidez.

Now we’ll see whether he can lure one of them into the ring, which isn’t a given. They all saw what we saw on Saturday.

It’s always difficult to watch a proud veteran get annihilated, particularly when he is taking his last gasp as an elite fighter.

Lemieux (43-5, 36 KOs) was never a great fighter but he was blessed with world-class punching power and was a crowd pleaser, which can’t be underestimated. That made the 33-year-old Canadian a marketable commodity for almost a decade.

He won a middleweight world title by outpointing capable Hassan N’Dam in 2015 but lost one-sided fights to his toughest opponents, Gennadiy Golovkin (in his first defense), Billy Joe Saunders and now Benavidez.

He’ll be remembered as a good fighter who didn’t quite make it to stardom.

We should remember something else, too, though: If he decides to retire, he will have gone out the way he would’ve chosen to.

He was essentially helpless under Benavidez’s relentless attack but continued to throw bombs in an attempt to pull off a miracle until the moment the fight was stopped. He couldn’t pull that off – Benavidez, as clever as he is powerful, was defensively responsible – but you had to admire Lemieux’s courage.

“Lemieux is a special type of breed,” Benavidez said after the fight. “This guy was swinging until the end. I had to be on my p’s and q’s. He’s a tough champion, so my hat’s off to him. He’s the only one with the guts to face me.” 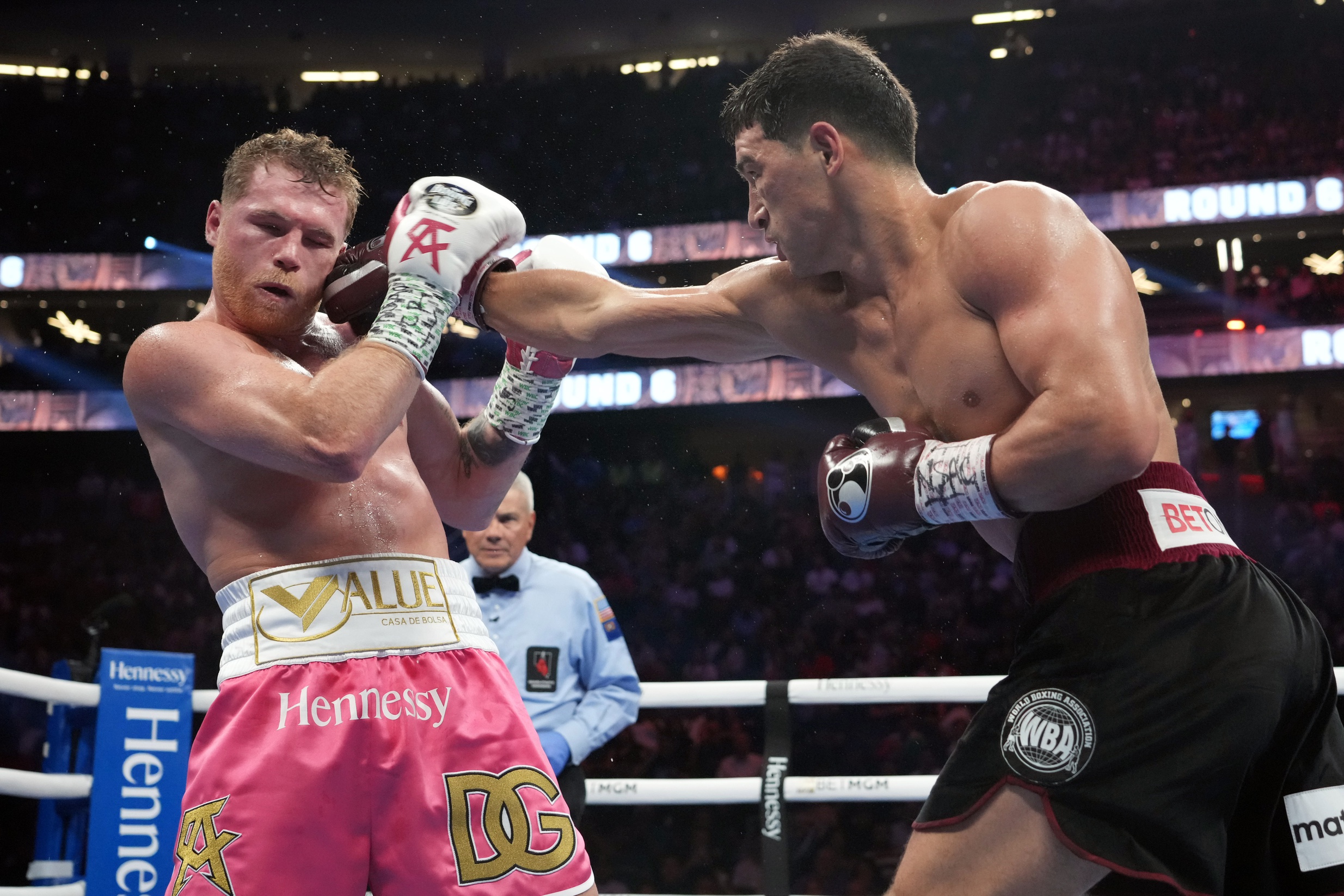 What are we to make of the reported pay-per-view numbers for the Alvarez-Bivol fight?

Boxing writer Dan Rafael wrote reported that the light heavyweight title bout generated 520,000 buys in the United States, according to “a source with direct knowledge of the figures.”

On one hand, that number isn’t shocking. After all, Bivol is a low-profile opponent who couldn’t attract many fans going into the fight. On the other hand, this is Canelo Alvarez, the face of boxing who has cleared 1 million buys in multiple fights and drew about 800,000 for his previous bout against Caleb Plant.

And now, after the one-sided setback against Bivol, Alvarez will have lost some of his drawing power. We’ll see whether that diminishes future pay-per-view totals.

Bottom line: Alvarez probably remains the most popular boxer in the world but he’s no Floyd Mayweather or Manny Pacquiao, who were bigger worldwide stars.

There is good news for Alvarez, though. A rematch with Bivol, if that’s his next fight, probably would exceed the numbers of the first fight because of the upset. And if he opts for a third fight with Golovkin, their rivalry and Triple-G’s popularity also would generate solid numbers.

In other words, we shouldn’t feel sorry for Alvarez, who was the eighth-highest paid athlete in the world over the past 12 months, according to Forbes Magazine. He made $85 million in the ring against Billy Joe Saunders and Caleb Plant.

And there is plenty more money to be made going forward even if he never again does seven-figure pay-per-view numbers.

Joshua Buatsi could be fighting for two light heavyweight titles soon as a result of two fights this past weekend. The Ghanaian-born Londoner, ranked No. 2 by the IBF going into Saturday, defeated Craig Richards by a unanimous decision in his hometown. A day earlier, in Florida, Jean Pascal outpointed No. 1-ranked Fanlong Meng (17-1, 10 KOs). That should lift Buatsi (16-0, 13 KOs) to No. 1, making him champion Artur Beterbiev’s top challenger. Thus, if the favored Beterbiev defeats WBO titleholder Joe Smith Jr. on June 18, Buatsi would be in the mix to fight for the unified titles. Anthony Yarde is the WBO’s No. 1 contender. … Pascal (36-6-1, 20 KOs) was fighting for the first time since he tested positive for multiple banned substances before his scheduled rematch with Badou Jack last July. He was subsequently suspended for six months but was out of the ring for 2½ years. Pascal, 39, wasn’t ranked going into the fight on Friday but he certainly will be after his victory. That’s a significant comeback. He first became a contender about 15 years ago. … Jamel Herring (23-4, 11 KOs) was a world titleholder two fights ago. Now he might be finished. In October the former Marine lost his 130-pound title to Shakur Stevenson. On Saturday in Las Vegas he was upset by unbeaten prospect Jamaine Ortiz (16-0-1, 8 KOs) by a unanimous decision. Herring is 36. I would be difficult for him to bounce back from the back-to-back losses. … Junior middleweight Yoelvis Gomez (6-0, 5 KOs) outpointed Jorge Cota (30-6, 27 KOs) in a 10-round bout on the Benavidez-Lemieux card. Gomez, a product of the Cuban amateur system, has formidable tools but he’s still developing. He’ll need time before becoming a bona fide 154-pound contender. 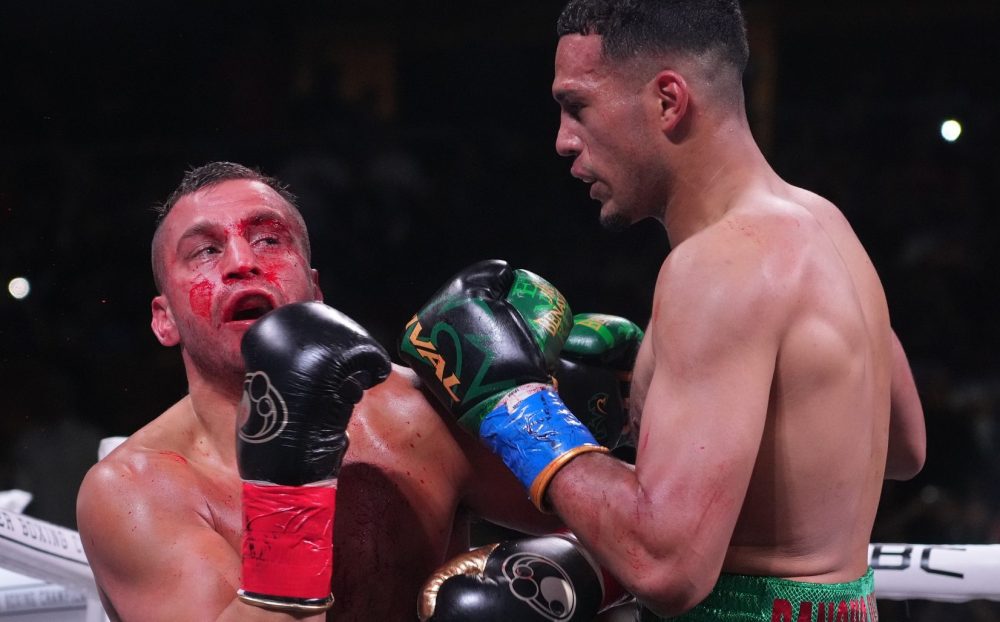