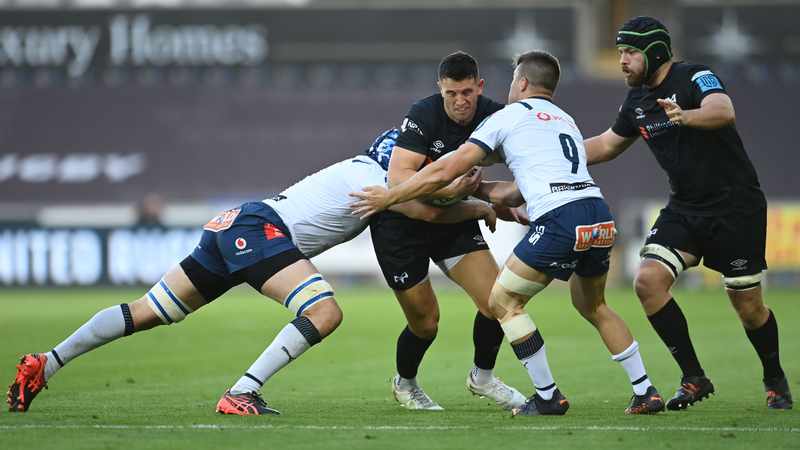 Johannesburg – The quarter-final lineup for the United Rugby Championship has been revealed after an epic final round of the 16-team competition, and in a big boost for South African rugby, all three local teams that qualified will be in action in South Africa over the weekend of June 3 and 4.

In what promises to be an almighty clash, the Bulls will host the Sharks while the top finishing SA team, the Stormers are at home to Edinburgh.

In the other quarter-finals, Leinster host Glasgow and Ulster are at home to fierce Irish rivals Munster.

This quarter-final lineup was determined by how the final log position took shape after a weekend of titanic struggles as the top teams fought it out to finish as high as possible on the log and earn the right to host playoffs.

The big South African winners over the weekend were the Stormers who had to fight tooth and nail to overcome a spirited Cardff side and the Cape side indeed only won through a last-minute try by Ruhan Nel after the teams had been level at 21-21 as the clock ticked down to 80 minutes.

On Friday night, the Sharks left it too late against Ulster when they came back from 24-7 down to ultimately lose 24-21.

That defeat meant they slipped from third on the log to fifth, just outside the top four and that means they have to travel for their quarter, although a visit to Loftus will be seen as far more doable than having to trek back to Ireland, where the other quarters are being held.

Also on Friday night, the Bulls swept past the Ospreys and when the Stormers were looking like they would draw with Cardiff, Jake White must have thought the SA Shield was in the bag, only for centre Nel to storm through the Welsh defence for a heroic try.

Still, the Bulls are at home against their old rivals from Durban and will fancy themselves to advance to the semis.

Rankings for the quarter-finals were determined by each team’s placing in the league table: