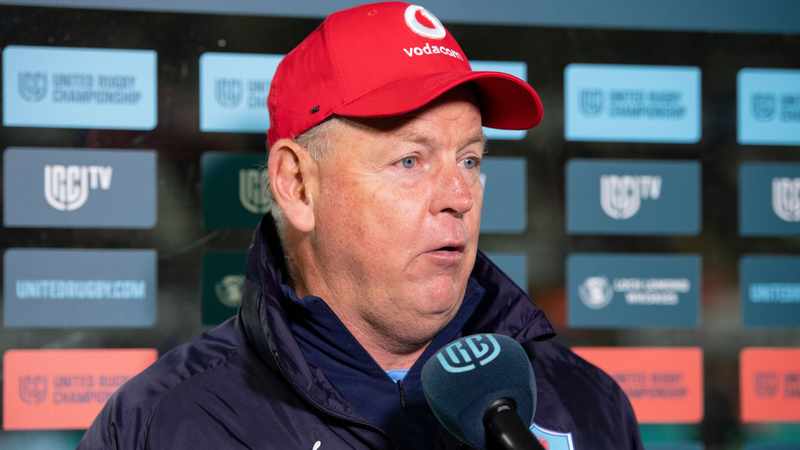 Cape Town – While they played some thrilling rugby at times, the Bulls will need to tighten up their approach on attack and defence if they want to win the United Rugby Championship.

That was the verdict from coach Jake White after the Pretoria side scored six tries in their 38-31 bonus-point win over the Ospreys in Swansea on Friday night.

The Bulls played some inspired rugby at times, with their forwards shoving the much-vaunted Ospreys pack backwards in the scrums, while they won the collisions with ball-in-hand as well.

Centre Cornal Hendricks was the Man of the Match and grabbed a hat-trick, but that came on the back of the hard yards by the likes of Gerhard Steenekamp, Johan Grobbelaar, Ruan Nortje and captain Marcell Coetzee.

Not only were they physically dominant against Welsh Test stalwarts such as Alun Wyn Jones, Adam Beard and Tomas Francis, they also ran some superb lines on attack and joined the backs in offloading in the tackle.

“I thought we played really well. I thought there were times where the way we attacked, the shape we attacked, the kind of speed we played with, the ruck speed and precision of understanding where to go and how to get back on our feet was at times as good as any team we’ve played against this year,” said White.

“That’s two years of working with these players.”

But more worrying for White is that the Bulls allowed the Ospreys back into the game in the final quarter, having also wasted a number of attacking opportunities, which could prove costly in the quarter-finals.

It’s almost as if they thought that the game had been won already when they went up 38-17 through Hendricks’ third try, which was set up by a classy line-break by fullback Canan Moodie down the right.

They had to wait until late last night to see whether they will host a Loftus Versfeld playoff, as it depended on the results in the Scarlets-Stormers and Leinster-Munster games.

“We had overlaps and never passed; we had a couple of maul opportunities on the tryline and didn’t convert. Canan gets the ball and knocks it on, didn’t release it and gives a penalty away (in the Bulls 22, and the Ospreys went on to score),” the Bulls coach said.

“We’ve done it a few times now, where we’ve probably let teams score at the back-end of the game, for whatever reason – maybe it’s the cohesion, or the fact that they haven’t played much together as that combination…

“There were moments when we had overlaps and froze and didn’t pass, and there were times when we could’ve held on and we offloaded. But that will come. I can’t get cross with them…

“But if you’re going to win this comp, you are going to need those to stick, and need to do those in pressure situations.

“We will just get better. I am really looking forward to how good we are going to be as we grow as a team.”