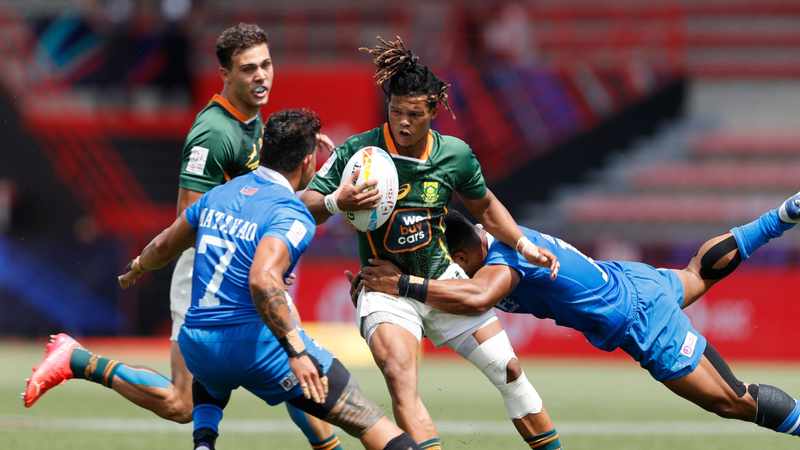 Cape Town — The Toulouse horror show continued for the Blitzboks as they lost their ninth-place play-off match against Scotland on Sunday.

Neil Powell’s team took a 21-24 defeat to Scotland in their last outing of the weekend in France after trailing 7-12 at the break.

Things went from bad to worse for the Blitzboks, who had lost JC Pretorius earlier due to injury, when Tiaan Pretorius was stretchered off the field in the first half.

On Day One, the Blitzboks lost their opening game to Ireland, before securing a win against Spain later on Friday.

On Saturday, they faltered against Samoa in their final Pool D game, which saw them fail to make the Cup quarter finals for the first time since 2013.

The South Africans thumped Japan 40-0 in the Plate quarter final, setting up their ninth-place encounter against Scotland.

Despite their disappointment, the Blitzboks remain top of the Series table on 111 points with two rounds remaining.