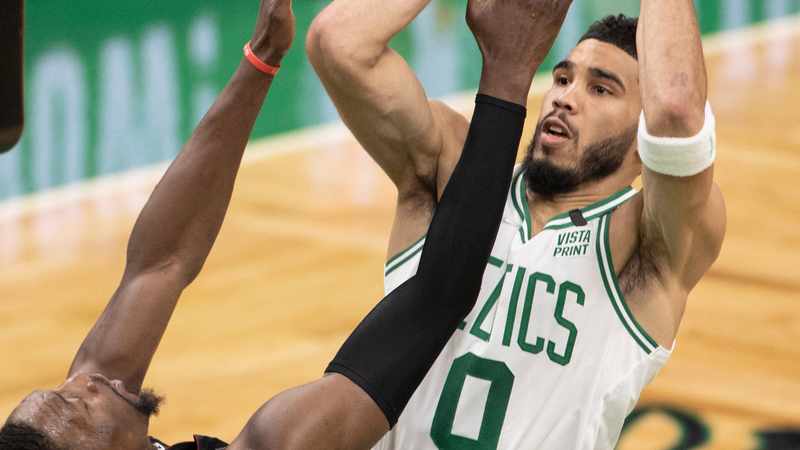 Boston – Bam Adebayo delivered a 31-point masterpiece as the Miami Heat dug deep to defeat the Boston Celtics 109-103 on the road and take a crucial 2-1 lead in their Eastern Conference finals series on Saturday.

After an injury forced Miami talisman Jimmy Butler out of the game at half-time, Adebayo stepped up with a superb all-round display to hold off a ferocious Boston fightback at the Celtics’ TD Garden.

Adebayo, who had averaged just eight points a game in the first two fixtures of the best-of-seven series, finished with 10 rebounds, six assists and four steals in addition to his 31-point haul.

That helped Miami close out a thrilling battle which had seen the Celtics claw their way back from a whopping 26-point first-half deficit to get within one point with just under three minutes remaining.

“Those last couple of games, my team depended on me and I didn’t show up,” Adebayo said afterwards. “I took it upon myself to lock in and get the win.”

“He did his version of what Jimmy does in doing what is needed in the game,” Spoelstra said of Adebayo.

“He was assertive in key moments. And it wasn’t just the scoring — he did so many things in terms of getting us organized, facilitating, defending against a team that presents a lot of challenges. He’s a winning player.

“He really is the heart and soul of our group… When Jimmy was out in the second half, he stabilized us because it got a bit gnarly out there.”

Boston, who had routed the Heat to level the series in Miami on Thursday, were left counting the cost of 23 turnovers that led to 33 opposition points.

“We didn’t match them from the start,” Celtics coach Ime Udoka said. “It looked like we were kind of wilting to the pressure, and complaining to the refs.

“It took us out of the game from the start. Disappointing to come out that flat in a conference final game. When you turn the ball over 23 times and gift them 33 points, you dig yourself a hole.”

Brought the clamps with us to Boston. Franchise playoff record of 19 steals. pic.twitter.com/TDFtNCmYGz

Tatum finished with just 10 points from 3-of-14 shooting.

Although the game went down to the wire, it looked early on as if the Celtics were headed for a painful drubbing as the Heat roared into a 46-20 lead early in the second quarter.

But with the prospect of a blowout looming, the Celtics rallied, going on a 10-0 run to close the half which trimmed the Miami lead to 15 points.

The return of Kyle Lowry at point guard also changed the offensive balance for Miami, giving Boston another headache in addition to the resurgent Adebayo.

Until the late second-quarter rally, Boston had struggled to cope with the movement of Miami’s offense, and also were left ruing 11 first-half turnovers.

A chaotic start to the second half saw Miami confirm that Butler was ruled out of the remainder of the game with right knee inflammation.

Soon afterwards Boston suffered what looked like a cruel blow when Smart twisted his right ankle in a collision with Lowry and hobbled to the locker room.

Incredibly, Smart returned to the fray to deafening roars and promptly drained a three-pointer to get Boston back to within 10 points of Miami.

Boston kept chipping away at the lead and moved within nine of Miami at one stage, but the Heat weathered the storm and took a 15-point lead into the fourth quarter.

Again Boston edged back with Brown’s three-pointer making it a one-point game.

But a huge Max Strus three-pointer and an Adebayo bucket pulled Miami back clear as the Heat hung on for the win.

Game four of the series takes place in Boston on Monday.