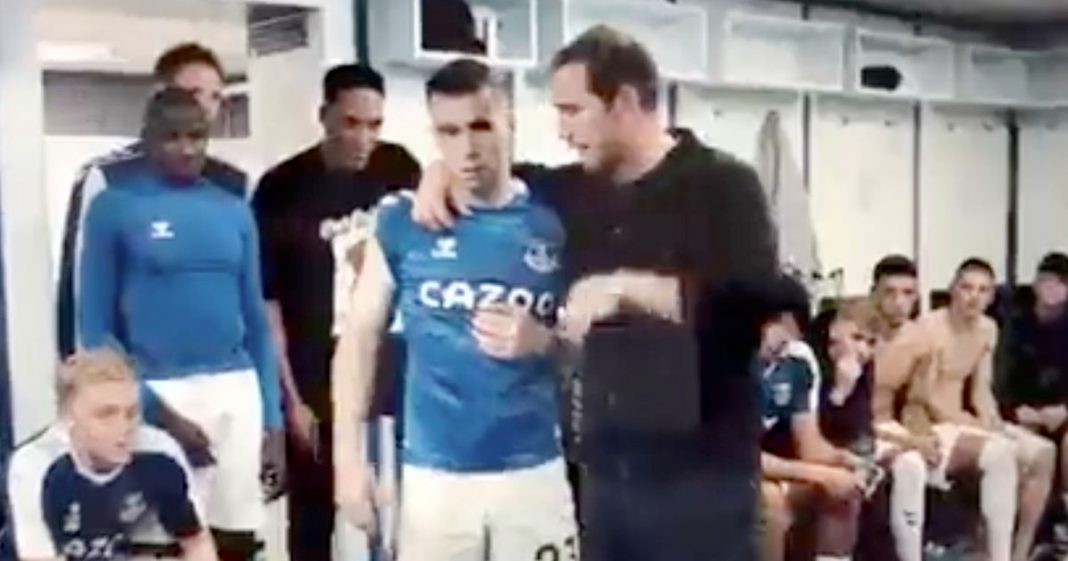 Everton secured their safety in the Premier League on Thursday night following a dramatic 3-2 victory at home to Crystal Palace, avoiding a possible first relegation in over 70 years

Lampard’s side had been in danger of suffering a first relegation in over 70 years for much of this season, but sealed their survival on Thursday when coming behind from 2-0 down to earn a dramatic 3-2 win over Crystal Palace at Goodison Park and mathematically seal their safety.

The dramatic win led to mass pitch invasions on Merseyside and jubilant scenes from the Evertonians, who have retained their Premier League status ahead of the start of the 2022/23 campaign later this year.

Leeds and Burnley make Premier League request amid fears over Everton’s financial data
Premier League final day: How much your club stands to win or lose in prize money

After the game, Lampard paid tribute to club captain Coleman, who has remained a regular in the Everton side since Lampard succeeded his former manager Rafa Benitez in January. Lampard singled out Coleman for praise in front of the squad and described him as one of the best men he has ever worked with in football, both on and off the pitch.

“This fella, let me just say in front of everyone, you are one of the best people I have ever met, said Lampard in a post-match dressing room video, as posted on Twitter by Mark Tighe. “As a man and what you are as a player too.”

How will Everton fare in the 2022/23 season under Frank Lampard? Have your say in the c omments section.

The dramatic win was marred by the post-match celebrations from the home supporters, with an incident taking place between an Everton fan and Palace boss Patrick Vieira. After the Toffees fan in question ran up to and confronted Vieira while he was heading off the pitch, Vieira tripped him over, with the supporter landing on the floor.

Speaking on the incident, Lampard said: “I feel for Patrick because I didn’t get him at the end because of how it all erupted for us. I would have said: ‘Come in with us’ (into the Everton dressing-room area rather than the Crystal Palace area on the other side of the pitch).

“They might not have wanted that but I’d have said: ‘Come in with us’. I know how managers feel and I get that. And of course, he’s running across the pitch of 80 yards of our fans coming on. It’s not easy. There’s nothing from me. Not any issues. It was pure elation of fans who want to stay in the Premier League that come on the pitch.”

While Lampard did comment on the incident, Vieira did not, in a week that has seen mass pitch invasions across the country, including many of the EFL play-off semi-finals in the Championship and League Two. Everton and Palace both end the season on Sunday in the final weekend of the 2021/22 campaign. The Toffees head to Arsenal, while Crystal Palace play host to Manchester United.