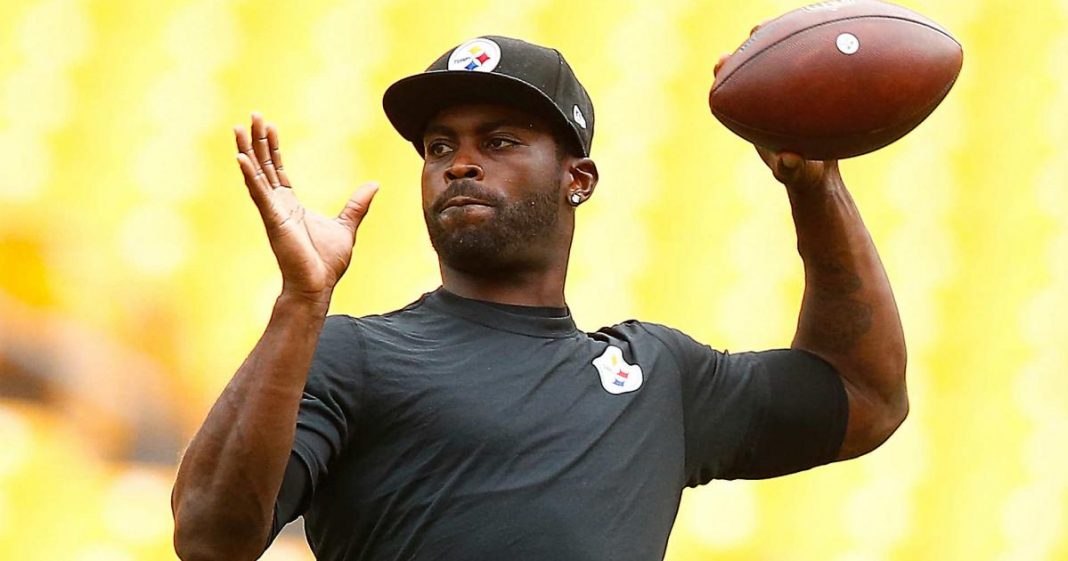 Michael Vick has not appeared in the NFL since the 2015 season. But football fans will see him out on the gridiron again before too long.

Vick’s return will be on May 28, the final day of the FCF regular season. It is not yet known which team he will play on. Fan Controlled Football is a 7-on-7 league with eight teams, where fans can vote on the plays that the teams will run on the 50-yard indoor field.

Here’s what led Vick to make the decision to return to football.

Vick’s reason for wanting to come back to playing football, per Reuters, is simple: Owens’ success in the league.

Per the report, Vick, 41, has followed Owens’ return to the league, and the success the longtime 49ers receiver has had has been encouraging to Vick. Owens has caught nine passes for 112 yards with two touchdowns in the league. His receiving yards are the 12th most in the league and his receptions are tied for 10th most.

Vick briefly had a stint with another startup football league, appearing in the American Flag Football League in 2017 before briefly working as a coaching intern for the Chiefs, NFL analyst on FS1 and offensive coordinator for the Atlanta Legends of the Alliance of American Football.

Vick began his NFL career in 2001 after he was selected first overall by the Falcons. While in Atlanta, he passed for 11,505 yards with 71 touchdowns and 52 interceptions, while rushing 529 times for 3,859 yards and 21 touchdowns. In 2007, Vick pleaded guilty for his involvement in the Bad Newz Kennels dog fighting investigation. He was suspended indefinitely by the NFL and he spent nearly two years in prison.

Vick returned to the NFL as a backup for the Eagles in 2009, but took over as the starter in 2010. In that season, he threw 21 touchdowns, six interceptions and 3,018 passing yards while rushing 100 times for 676 yards and nine more scores. He was named NFL Comeback Player of the Year. He spent five years with the Eagles before spending a year with the Jets as a backup and a year with the Steelers in the same role. In the 2014 and 2015 seasons with the Jets and Steelers, respectively, he started six games and appeared in 15 total.

According to Reuters, viewership has exceeded expectations for the Fan Controlled Football league thus far into the season. The league’s games can be viewed on Twitch, Peacock, NBCLX, DAZN and fubo Sports Network.