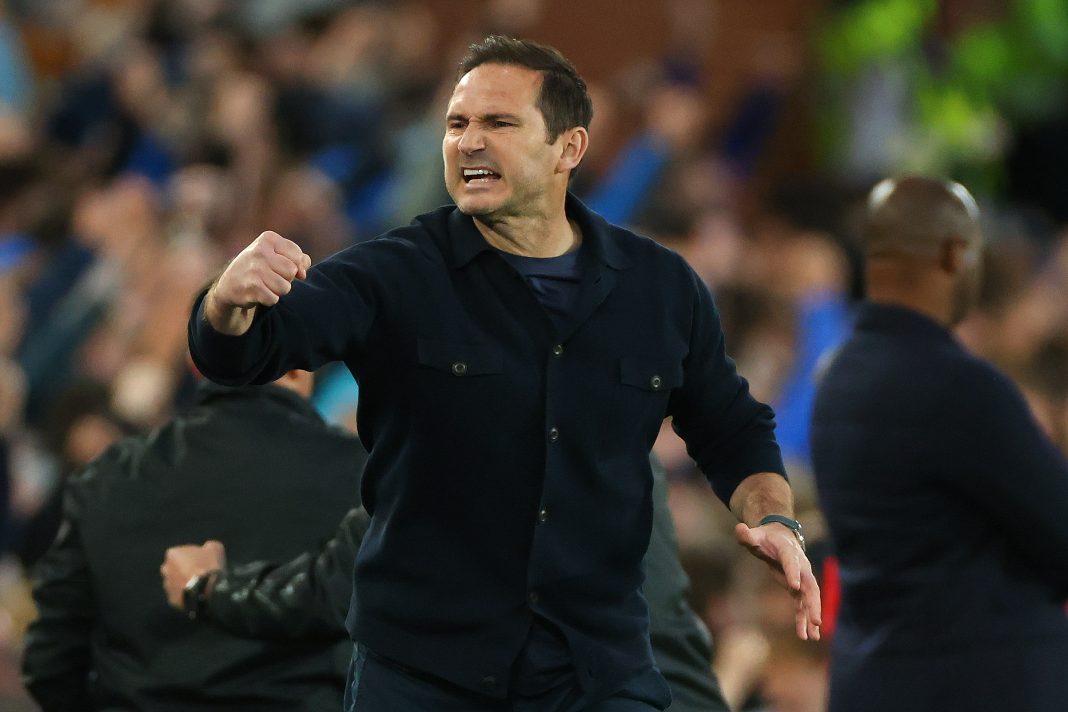 Footage of the post-match celebrations inside the Everton changing room on the back of the club clinching Premier League survival has surfaced on social media on Friday evening.

Frank Lampard’s troops, of course, were back in action 24 hours ago.

In the knowledge that a victory would ensure their place in the top-flight of English football on the back of a campaign to forget, the Toffees welcomed Crystal Palace to Goodison Park, as part of the division’s penultimate round of fixtures.

And, when all was said and done on Merseyside, emerge with all three points is precisely what Everton managed.

A chaotic 90 minutes, featuring five goals and drama throughout, actually saw Palace race into a 2-goal advantage inside the first-half, owing to strikes on the part of Jean-Philippe Mateta and Jordan Ayew.

The Blues, though, simply refused to roll over and accept defeat, setting the stage for a remarkable 2nd-half comeback.

Michael Keane was first on target, before Richarlison levelled things up fifteen minutes from time, meaning Dominic Calvert-Lewin’s late header ultimately proved the winner on a memorable night on the blue half of Merseyside:

🤩 Look how much it means to Everton fans to stay in the Premier League!

On the back of the action coming to a close at Goodison Park, it should therefore come as little surprise to hear that developments inside the Everton dressing room too proved a sight to behold.

And, as alluded to above, on Friday, an inside look into as much has been provided by the Toffees themselves.

In a post across the club’s social media platforms,  a short clip of Frank Lampard’s post-match talk is revealed, during which Everton’s boss singles out club captain Seamus Coleman for special praise.

Richarlison is then invited in to steal the show as only he can, in footage which will no doubt bring a smile to the faces of Blues fans the world over:

Short but sweet speeches inside the changing room. 💙 pic.twitter.com/CRGmQXosPW