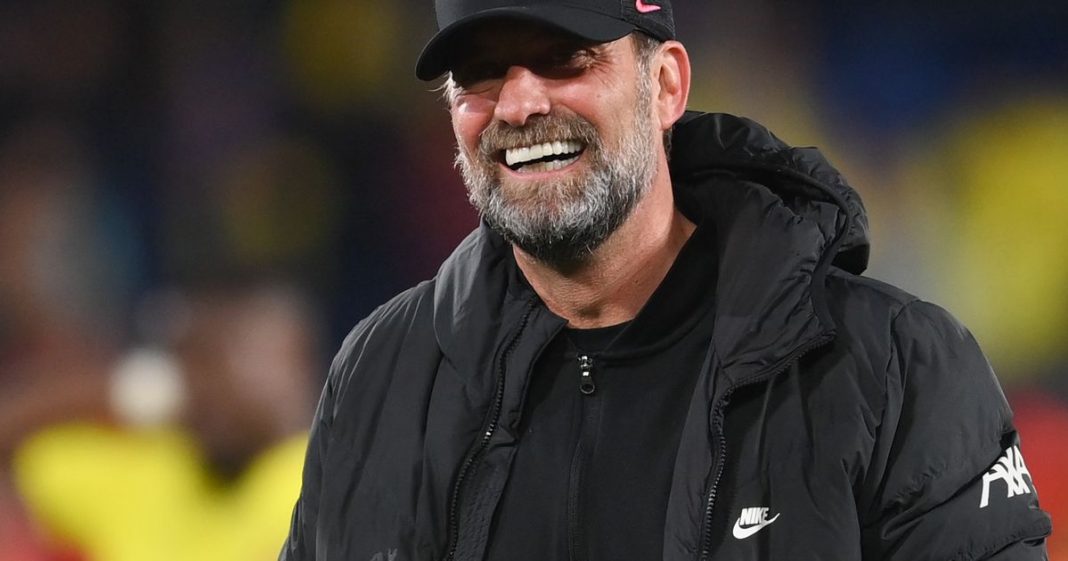 Jurgen Klopp has offered a fascinating and revealing hint that TWO of his most popular stars will sign new contracts to stay at Liverpool.

And in doing so, the Liverpool manager also confirmed that another Anfield legend will be leaving the club…even though Klopp desperately wants him to stay. The Reds face their final Anfield game of the season on Sunday, as they go head to head in a Super Sunday Showdown with Manchester City for the ultimate prize of the Champions League final.

But it will be a poignant moment, with three of Klopp’s incredible first team squad out of contract in the summer, with no confirmation yet on their futures.

The English club have some important players still negotiating their futures, with cult hero Divock Origi, genuine Liverpool legend James Milner, and popular back up keeper Adrian all free agents in the summer. But when asked if the out of contract players would be given the hero’s send off they deserve by the Kop, in the emotional, massive contest with Wolves on Sunday, Klopp’s reply was hugely revealing.

Instead of dodging the question, he argued that only ONE exit was confirmed, saying: “We can only do that with the (ones) we know definitely. I think it’s only Div (Origi), right?” Klopp is well aware that Milner is out of contract in the summer, with the midfielder wanted by both Leeds and Newcastle, for his leadership and experience. And that strongly suggests the midfielder is engaged in talks over another year’s contract extension at Anfield. And it wouldn’t be a big surprise either.

The 36 year old was outstanding in the FA Cup final as a second half replacement against Chelsea, playing for 70 minutes and converting a cool penalty in the shoot out. And afterwards, Klopp said: “ James Milner, at a quite advanced age having such an impact on a football team. Let me say, it is a special story. This guy is incredible – the level he puts in every day in training is crazy.”

HAVE YOUR SAY! Who should Liverpool sign in the summer? Let us know in the comments section

Klopp wants Milner to stay, and has made clear to his board the midfielder will be important next season, regardless of his age. And it seems he wants Adrian to stay on too, with his comments that only Origi is confirmed to depart so far. The veteran keeper is a popular member of the squad, and an important role model for rising star Caoimhín Kelleher. The Liverpool manager was also keen to keep Origi too, despite his lack of starting opportunities. But the Belgium international is set to join AC Milan in search of more regular football.

And Klopp insisted the “true legend” deserves a proper send off from the Kop on Sunday: “I expect Div to get a special reception. He is, and will be for me, forever a Liverpool legend, one of the most important players I ever had. That might sound strange with the amount of games he had but it was a pure joy to work together. It is not over yet, it is just the last Premier League game. He deserves all good thoughts we can generate somehow for his future. Wherever he will go he will be successful, 100 percent. He is an outstanding player, outstanding boy.”

Klopp is grateful that the Belgium international striker accepted his role as a member of the Liverpool squad, with limited game time, without any complaint or show of dissent. He could have left earlier, but chose to stay to be part of something special at Anfield, winning six trophies and scoring in the Champions League final. And the manager said he will be missed. He added: “Everybody in the team loves him because he is just a relaxed, lovable guy. It will be a harsh moment when he actually leaves, really hard. Since I’ve been here Div is here and I’ll remember so many things when I think about Div: important goals, injuries, bad injuries, ups and downs. He is a Liverpool legend, no doubt.”