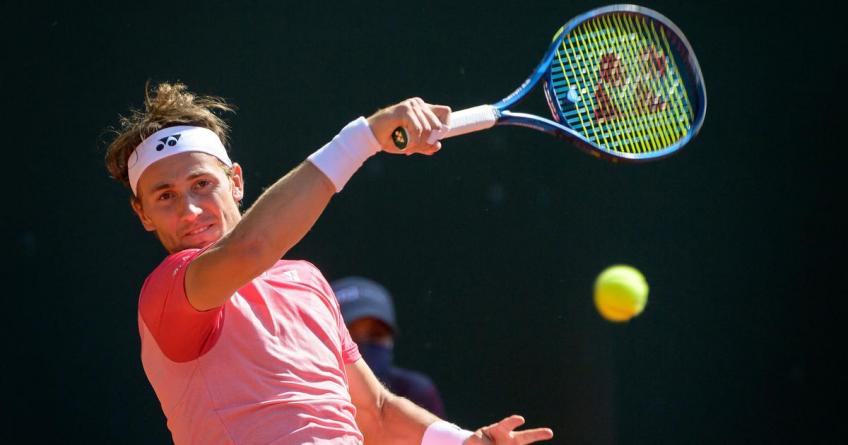 World No. 8 Casper Ruud was thrilled after overcoming Reilly Opelka in the Geneva final as he is hoping to successfuly defend his title at the Swiss ATP 250 event. Ruud, seeded at No. 2, claimed a tight second-set win over Opelka as he beat the big-serving American 7-6 (2) 7-5.

Last year, Ruud won five titles and one of those titles came in Geneva. As not a single break point was seen in the first set, the opener went into a tie-break. In the tie-break, Ruud took an early 4-1 lead, before realizing his first set point to win a tight opener.

Ruud: Looking forward to the final

“I am looking forward to the final tomorrow,” Ruud said, per the ATP Tour website. “It was a tough match today against Opelka like it always is. The serve he has is incredibly difficult to return here, with the altitude.

I was able to take the small chances I had and I feel like I served well and was solid, with not too many mistakes. That is key in matches like this”. In the final, Ruud will face Portugal’s Joao Sousa. In the other Geneva semifinal, Sousa defeated Richard Gasquet to progress into the final.

Ruud owns a positive head-to-head versus Sousa as he has won their first two meetings. During the 2019 Golden Swing, Ruud beat Sousa twice. In Rio de Janeiro, Ruud overcame Sousa in three sets. The following week, Ruud claimed a straight-set win over Sousa.

Now, Ruud and Sousa are set to meet for the third time. Ruud is the favorite to win the title and it remains to be seen if Sousa somehow can prevent the Norwegian from winning back-to-back Geneva titles.