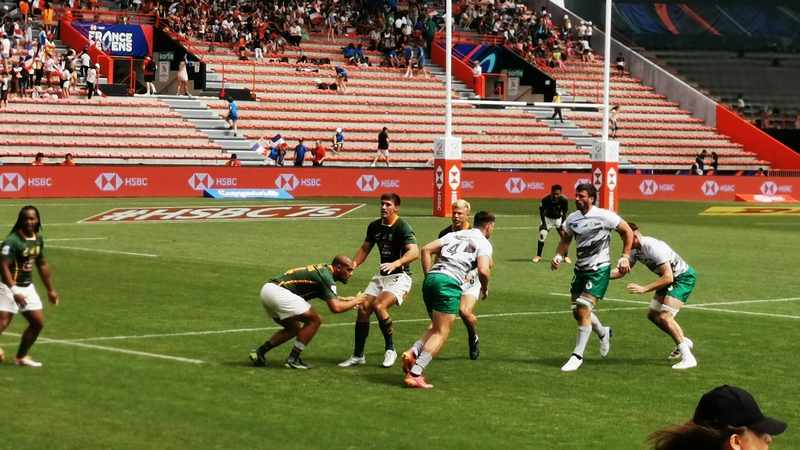 Johannesburg – The Springbok Sevens side’s Sevens Series tournament woes continued in Toulouse as they fell to a 21-12 loss to Ireland in their Pool D opener Friday.

While they got off to a decent start at Stade Ernest-Wallon, scoring a try early on with Mfundo Ndhlovu touching down to go 7-0 up in the second minute, it wasn’t enough to cleanse the palate of the disappointing outings in Singapore and Vancouver, where they finished seventh and fifth, respectively.

The South Africans went one man down when Zain Davids copped a yellow, which saw the Irish use their numbers to run in their opener to level the scores (7-7) with Terry Kennedy going over.

Ireland ran in the first try of the second half, again through Kennedy, to take the score to 7-14, but the Blitzboks responded almost immediately via skipper Siviwe Soyizwapi to narrow the margin (12-14).

Ireland worked their way around the outside to run in a top try by Jack Kelly and extend their lead to 12-21 with a third converted try. It proved enough to seal the win.

The Blitzboks next face Spain at 6:25pm on Friday.