‘My sister and father told me to retire, but I hate that’ 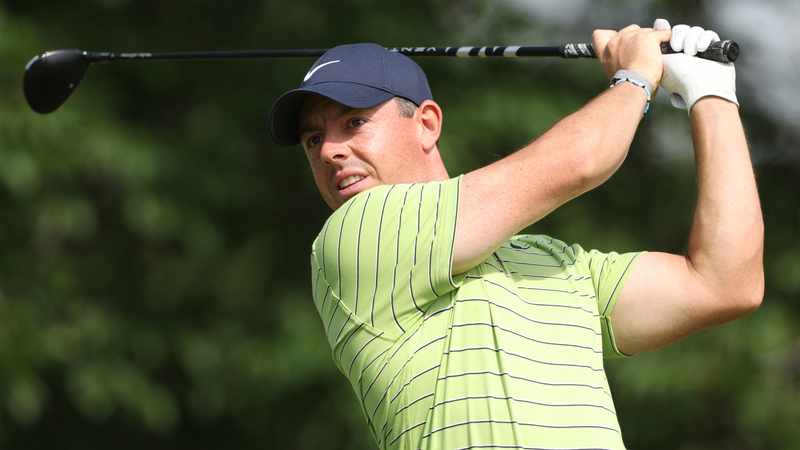 Tulsa — Rory McIlroy delivered his longest major birdie run to seize the lead in Thursday’s opening round of the PGA Championship while Tiger Woods made a solid start in his comeback from severe leg injuries.

Masters runner-up McIlroy, who has not led after any major round since his 2014 PGA victory, began off the 10th tee and reeled off four consecutive birdies from the 12th through 15th holes.

The 33-year-old from Northern Ireland reached the turn at 4-under, one stroke ahead of American Davis Riley, with 56-year-old John Daly, the 1991 PGA winner, and England’s Justin Rose, the 2013 US Open champion, in a pack on 2-under and Woods among those on level par.

McIlroy dropped his approach inches from the cup and birdied the par-4 12th, blasted out of a bunker at the par-5 13th to two feet and sank the birdie putt, then curled in a spectacular 26-foot birdie putt at the par-3 14th to grab a share of the lead.

number seven McIlroy left his approach nine feet from the hole at the 15th and sank the putt to seize the solo lead.

After finding a fairway bunker at the 16th, McIlroy chipped to two feet and saved par, then saved par at 18 with a clutch six-foot curling putt.

Former world number one Woods, now ranked 818, made an emotional return from a February 2021 car crash at April’s Masters, finishing in a share of 47th as he struggled to walk 72 holes at hilly Augusta National.

After being hospitalized for weeks and unable to walk for months, Woods says he now has what it takes to win if he can handle the 7,556-yard walk.

“I feel like I can, definitely,” Woods said. “I just have to go out there and do it.”

Woods received huge cheers when he arrived at every tee and spectators surrounded each hole to catch a glimpse of the group.

Woods blasted his first shot 339 yards off the 10th tee into the fairway, then asked a television camera crew to back off as they zeroed in on the start of his stroll.

Woods drilled his second shot just outside of three feet from the hole and rolled in his birdie putt.

After saving par from a bunker at the par-5 13th, Woods nibbled on a sandwich during a wait at the par-3 14th tee, then hit a 5-iron to 13 feet and sank the birdie putt to reach 2-under as a roar erupted from spectators.

But Woods, 46, found bunkers at the 15th and 18th and missed 20-foot par putts at each for bogeys that left him level par at the turn.

Three-time major winner Spieth birdied the 12th hole but fell back with bogeys at 15, 16 and 18.

Spieth, coming off a US PGA Heritage victory last month and a runner-up finish last week in Dallas, would join Woods, Jack Nicklaus, Gary Player, Gene Sarazen and Ben Hogan with a triumph at all four majors if he wins.

“Having won the other three, it’s an elephant in the room for me,” said Spieth.

The world’s three highest-ranked players, reigning major champions all, were paired together for an afternoon start.