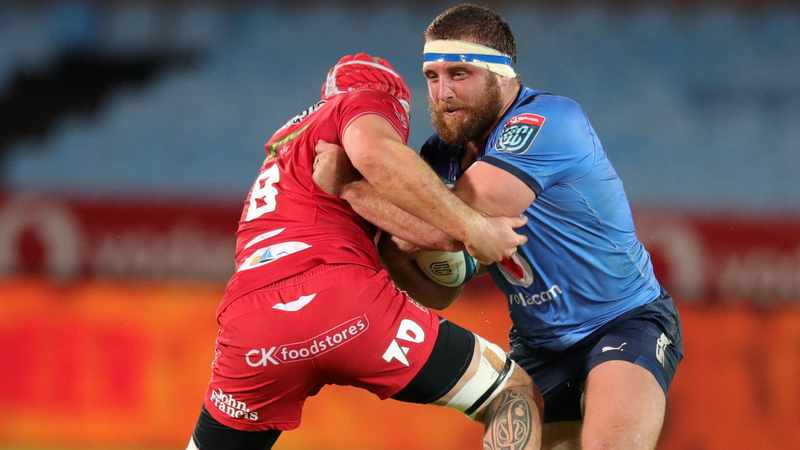 Cape Town – You get some props who love to have a word – think Joe Marler, Ollie le Roux, Ellis Genge – and then you get the quiet destroyers, such as Ox Nche, Tendai Mtawarira and Os du Randt.

Bulls loosehead Gerhard Steenekamp certainly falls into the latter category, but that doesn’t mean that he cannot wait to get stuck into the Ospreys scrum in Friday’s United Rugby Championship showdown in Swansea (9.10pm SA time kickoff).

The 25-year-old from Potchefstroom has steadily worked his way into becoming an impregnable part of the Bulls front row – having been a No 8 in a previous life.

The fact that Steenekamp can keep Springbok Lizo Gqoboka and equally competitive Simphiwe Matanzima out of the No 1 jersey speaks volumes about the contribution he makes to the Bulls cause and how highly coach Jake White rates him.

He is not the flashy type of front-ranker who is looking for the Sonny Bill offloads, but Steenekamp does the hard yards. He will knock you back in the tackle, get over the advantage line, stand strong in the scrums and lift in the lineouts – all attributes that are needed in a pack.

The Bulls’ scrum hasn’t always been a stand-out feature of their game, but it has certainly been a lot better in recent months compared to earlier in the season, where they battled to understand some of the referees’ interpretations as well.

Steenekamp will hope that the Pretoria side doesn’t come out on the wrong side of Irish official Chris Busby’s whistle at the Swansea.com Stadium on Friday night.

“We have certainly adjusted. You must just make sure that you don’t do anything wrong – then the ref can’t make the wrong call. The big thing with the refs is to just make sure that our side is clean… then they should also be able to make the right decisions,” was Steenekamp’s simple solution from the Welsh city on Tuesday.

“They do have a good pack, and we have done our preparation. So we must just ensure we bring our part this weekend, and that’s all we can do – to give our best.

“It’s one aspect of the game that we’ve really worked hard on, and I think it’s because we have a pack that’s played longer together – so we are also getting our rhythm.

“Thinking two years back, a lot of guys just started playing together, and now the guys are catching on to the rhythm.

“I must say it (having a scrum coach like Werner Kruger, who played over 100 matches for the Scarlets until last year) plays a big role… every bit helps. It is nice to have someone like Werner, who has still played recently in Wales, to understand the mindset of the guys over here.”

White announced a 28-man squad that arrived in Swansea on Tuesday, which included young flyhalf Juan Mostert and wing David Kriel – who impressed in the Currie Cup win over a strong Lions side last weekend – with veterans Morné Steyn and Lionel Mapoe left out.

Steenekamp is positive that the Bulls will enjoy a better trip up north after battling in the Rainbow Cup final last June, and on their URC tour last October.

“It’s not bad at all – I would say it’s very much the same temperature as we have in Pretoria at the moment, so it’s actually nice… it’s not too much of an adjustment,” he said.

“I’m definitely sure it will be a bit better this time. Last year when we were in Italy, it was the middle of winter in Pretoria and high summer this side, so it’s a rather good time of the year to be on this side.”