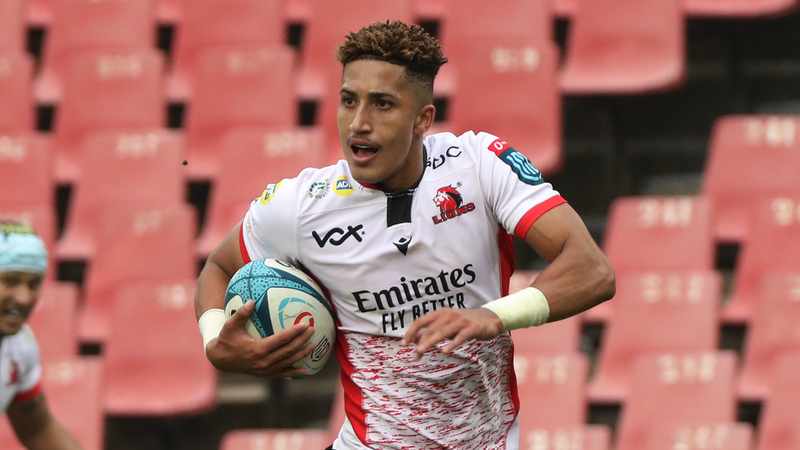 Durban — Elton Jantjies’s off-field drama this week has highlighted what it would mean on the field if he is not available against Wales in six weeks’ time, and the reality for the Springboks is that they have no experienced backup to Handre Pollard.

And this is to the point that Bok coach Jacques Nienaber could be rueing Morne Steyn’s decision to retire from international rugby when he could do one last ambulance job for the Boks in July.

It remains to be seen what transpires with the 32-year-old Jantjies but we can be sure that given how seriously the Boks view gender-based violence, if the flyhalf is found guilty it won’t sit well with the Bok management.

But rather than judge Jantjies before we have heard his side of what happened on that flight between Dubai and Johannesburg, let’s rather consider what will happen if he cannot take his usual spot on the bench in the three-Test series.

Here are the facts. The flyhalves playing in the United Rugby Championship are Manie Libbok (Stormers), Curwin Bosch (Sharks), Chris Smith (Bulls) and Jordan Hendrikse (Lions). Let’s not venture into the Currie Cup because there are no contenders there for international honours; and South Africa has no overseas flyhalves that spring to mind — there is Robert du Preez at Sale but he plays centre more often these days.

On the injury sidelines, there is Johan Goosen and while he would be the ideal man to step in, he still has some way to go in recovering from a terrible knee injury sustained last year. It is such a pity because he is arguably the most gifted flyhalf in the country.

Of course, there is already an option in the Bok squad in Frans Steyn but surely not even maverick Rassie Erasmus will seriously consider Steyn marshalling the Boks’ game for a meaningful period of time, especially if Pollard gets injured early in the game.

Looking at the four URC flyhalves, it can be argued that Smith has been at the helm of a Bulls team that has played some great rugby, so he must be doing something right, which is true but has the 27-year-old done enough to suggest he is an international flyhalf? I don’t think so…

Curwin Bosch has been playing much better of late for the Sharks but his confidence breakdown was not that long ago and will still be fresh in the minds of the Bok coaching staff and I can’t seriously believe Bosch will any time soon add to his two caps, the last of which was in fact against Wales and under Nienaber and Rassie, back in 2018 in the ill-fated friendly in Washington.

Manie Libbok has been a revelation at the Stormers after being surplus to requirement at the Bulls and then for reasons still to be disclosed he just did not work out at the Sharks. In Cape Town, John Dobson has allowed him to play with freedom and the 24-year-old has blossomed.

Is he ready for Test-match rugby? Possibly but maybe it is a season too soon, not in terms of his age but in his experience in top-flight rugby.

The same could be said for Hendrikse, who will be just 21 when the Welsh arrive although he is already in his second year as the Lions’ first-choice flyhalf. He did have an injury early in the URC but when he came back he was instrumental in halting his team’s losing streak and taking them on a winning one.

I believe Hendrikse is the future Springbok flyhalf after Pollard packs it in and if Nienaber is going to bring in a newcomer while Jantjies is possibly indisposed it should be him. A home series in June against Wales is a better time than most to blood a star of the future.