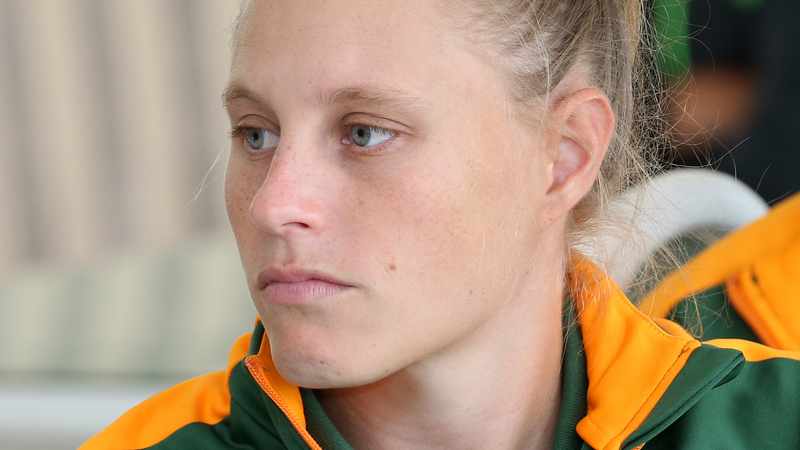 Durban — The Springbok Women’s Sevens team are delighted to be in Toulouse and back in the Series for the France Sevens but they know the fun will be over when they actually take the field against Australia in their first Pool A game on Friday.

The players last felt the intensity of performing at the elite level of the game in December 2019 and Eloise Webb, one of the most experienced squad members, says they have to tune in to reality.

“We have done the first part of the trip – the flying and adjusting – and had a very good session today, with another this afternoon.

“This is what we came here for, to play rugby, and now that the tournament is fast approaching, the butterflies will no doubt start with their business.”

Webb is well aware that Australia have already won the Series with one tournament to go, a clear indication of their dominance in the women’s sevens game at the moment.

“The intensity is something we cannot prepare for; we have to experience it ourselves and that is why we are here,” said Webb.

“We will be playing the best team in the world and will know exactly where we stand. That is an exciting prospect. It is a big year for the women’s sevens programme and this tournament will lead into the Commonwealth Games and then Rugby Cup Sevens. So, we need these games to find out where we are.

“We have a lot of new players in the squad and the realities are that even the experienced players played on the circuit two years ago.

“There is no magic wand for us, we will have to play as a team and be switched on, focussing on our game and what we want to achieve out of each match. At least we had the experience of the Africa Cup last month, so that will help us a little, as we had that tournament to find each other as a team.”

One of the uncapped players is Alichia Arries, who will play on the wing this weekend. The Cape Town-born player is not only the youngest squad member but also one of the quickest, something that will be needed against the likes of Australia, USA and Fiji.

“On a personal level, I have played for the Springbok Women last year, making my Test debut, so I know a little about the nerves, but this is my first Series experience,” said the 20-year-old speedster.

“We will learn a lot and it will be important how we implement that. If we take the learnings on board this weekend and use that to improve as a team, we will improve our standards and standing in the game.

“Then we could potentially come back here in two years’ time to play in the Olympic Games and then, who knows, I can finally see the Eiffel Tower,” she added with a smile.

“On a more pressing note, though, that journey starts this weekend, so the focus must be to leave here a better team and start that upward curve. As the invitational team, we are unlikely to win it, but that does not mean we can’t still leave as winners.

“If we implement well, play to our style and standards, and use this opportunity to learn from the top teams, this tournament will be huge for us. And that is what we are looking for.”