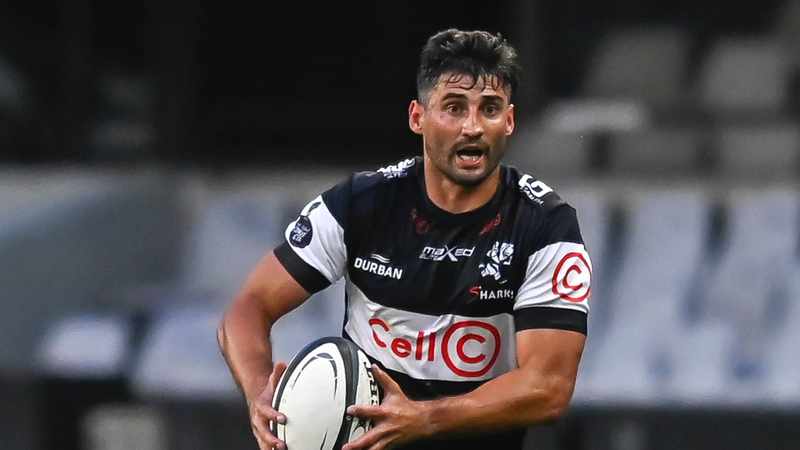 Durban – The much-travelled Lionel Cronje is to return to the Sharks for what will be his third stint with the Durban team but this time he has signed for two years as backup to flyhalf to Curwin Bosch.

The Sharks have also announced that they have resigned Grant Williams as scrumhalf competition for Jaden Hendrikse while locks Reniel Hugo and Emile van Heerden have extended their contracts, as have fullback Anthony Volmink and prop Dian Bleuler.

The 32-year-old Cronje made a big impact on the Sharks’ attacking play last year when he was on loan from Toyota Verblitz but the Sharks could not hang on to him and he returned to Japan.

Cronje has a knack for unlocking defences and he credits this to the influence of a famous pair of Wallabies from his time at the Brumbies in 2014. He had been brought to Canberra by Jake White and although not a regular in the team he soaked up some serious expertise.

Not only was he big in Japan, but he is back at the Tank until 2024 🤩#OurSharksForever #BackOnTheDottedLine pic.twitter.com/6sR4YYvgy2

“I was in Canberra for eight months and I was coached by absolute legends in George Gregan and Stephen Larkham,” Cronje says. “They made me a vastly improved player.”

That was eight years ago and Cronje subsequently had a (first) season with the Sharks in 2015 and then had an impressive two years at the Southern Kings, captaining them at a time when they played some sensational rugby, with Cronje marshalling a backline that boasted try-scoring sensations in Lukhanyo Am and Makazole Mapimpi.

But when the latter two made their way to Durban, Cronje followed White to Japan and Toyota Verblitz, where he has been ever since.