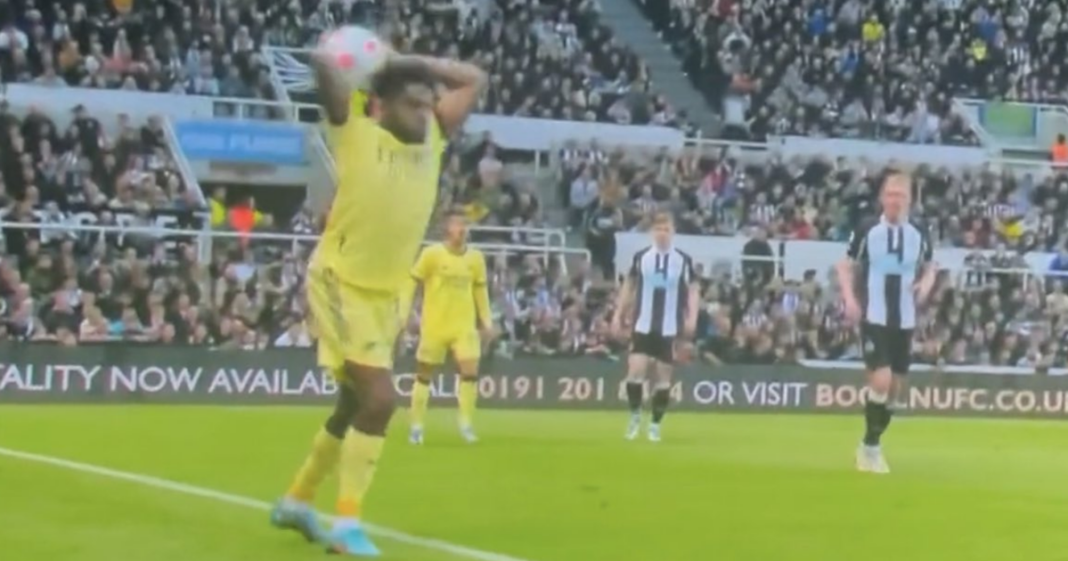 Mikel Arteta was furious after Arsenal suffered a significant blow to finish in the top four as they came up short against Newcastle.

The Magpies sealed a 2-0 win over the Gunners on Monday night which has put a major dent in the north Londoners’ bid to qualify for the Champions League. Tottenham are now two points ahead of their city rivals and only need a point on the last day of the season to secure fourth place.

From an Arsenal perspective, it was another disappointing evening following their north London derby defeat last week. And the goals they conceded against Eddie Howe’s men were very avoidable, especially Newcastle’s opener.

The game was hanging in the balance when Ben White’s own goal gave the hosts the lead. And it all came from a Nuno Tavares mistake deep inside Newcastle’s half. The Arsenal left-back inexplicably committed a foul throw as the Magpies would go up the other end and take the lead.

“It’s true that we could not cope with the game that we had to play here. We tried to change some things but it didn’t make it better. We had moments where we looked better but then the execution was so poor and the goals we gave away were extremely poor.”

Is it still a successful season for Arsenal if they don’t finish in the top four? Let us know in the comment section below

Arsenal controlled their own destiny in the top four race but back-to-back defeats has derailed their bid and now they hope that Norwich City can do them a big favour on the final day of the Premier League season as the Gunners host Everton.

Arteta added: “It’s extremely disappointing that Newcastle were 10 times better than us and the performance was nowhere near the level we need to be at if we want to play in the Champions League.

“I am incredibly disappointed. It’s a very painful one. It was in our hands and today it’s not in our hands. We have to beat Everton and wait for Norwich to beat Spurs. There’s always a tiny chance in football.”