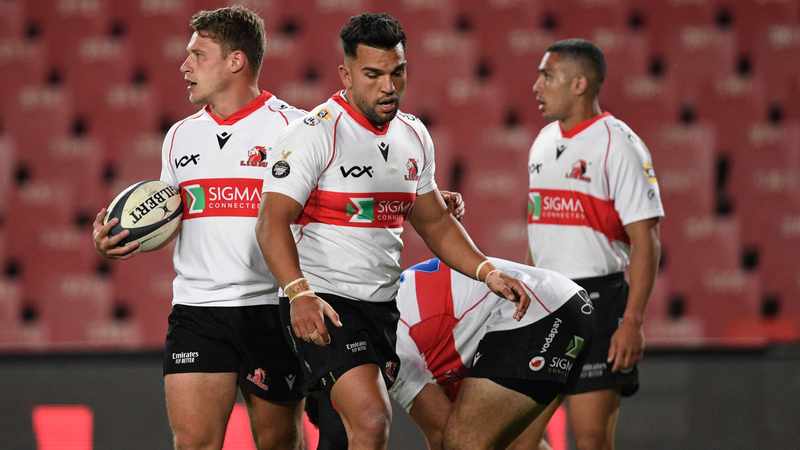 Van Rooyen has opted for a squad that has a fair bit of youth in its ranks as the union sticks to its guns and strategy to uplift its younger players to more experienced veterans, with the hope of making them more competitive next season.

Here, sport looks at four players that have been dropped for the final, regular season encounter; and one surprise selection that might make his debut for the Lions in the URC.

The big, burly prop will not travel to Newport, and from the outside it certainly seems a result of the 24-year-olds imminent move to the Sharks. Van Rooyen, however, did reveal that Sadie has a bout of Covid-19, which made him ineligible for selection.

In his stead, tighthead Asenathi Ntlabakanye will fill the void. Whether he starts is debatable, but he will certainly carry the torch of the No 3 jumper alongside Springboks Ruan Dreyer and Jannie du Plessis.

All are powerful scrimmagers, and in Ntlabakanye’s case, the 23-year-old – if he plays – must now really make the step up to higher honours, especially in the absence of Sadie next season. He has been milling around the Currie Cup side, leading that team at times, but has perhaps suffered too much from inconsistent selection.

The younger Tshituka is currently dealing with a slight niggle in his ankle, and while his elder brother Vincent – who is also on his way to Sharks next season – will make the trip, he will stay behind.

That opens the door for the very exciting and highly rated Ruan Venter to make another appearance in the loose this weekend, as well as the equally powerful Sibiso Sangweni to form a combination with Francke Horn and the elder Tshituka. Jarod Cairns could act as cover in that department, but it is more likely he will be in play as a substitute lock.

Another senior player that is departing the union, but this time to go to Wasps. The former skipper seems to have played his last URC match for the Lions against Connacht and in his absence lock Reinhard Nothnagel will captain the side.

Van Rooyen admitted that his non-selection was partly due to looking towards the future but losing Odendall is a massive blow to the Lions, no matter how you cut the cheese. In his place former Baby Bok Henco van Wyk might get a look in, and there will certainly be a new look mid-field come Saturday because ….

The 24-year-old will also not make the trip as rumours surrounding his future intensify, even though Van Rooyen explained that he is suffering from severe flu.

It is extremely likely that Simelane will not play for the Lions next season and that it is now only the finer details that are being negotiated regarding his transfer to another SA franchise.

Matt More could be the immediate beneficiary, as will Manuel Rass; and along with Van Wyk will make up the midfield against Dragons. Moreover, news from the grapevine that has trickled up from down south, revealed that Marius Louw is on his way to the union to shore up the mid-field next season.

And one surprise: Sanele Nohamba

Recently signed on from the Sharks, Nohamba made his Currie Cup debut for the union against the Free State Cheetahs earlier this month.

He didn’t play against the Bulls recently in the Cup, and he has only been with the team for a couple of months. His inclusion could possibly be just as cover for Morne van den Berg and Andre Warner, but if anything happens to them, or he has a good week in Wales, he might make his URC debut for the team as well.