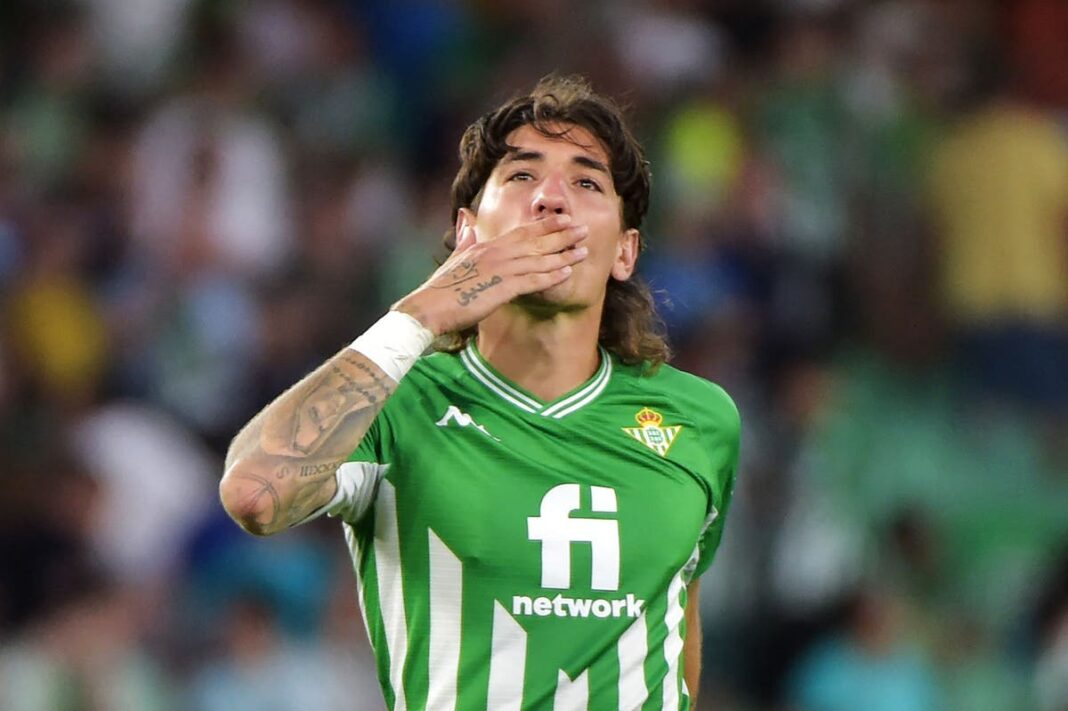 ector Bellerin was in tears after the final home game of his loan spell to Real Betis – prompting teammates to suggest a crowdfunding campaign to secure his permanent transfer from Arsenal.

On Sunday, the LaLiga club beat Granada 2-0 as they made it back-to-back wins which secured European football for next season.

Spanish full-back Bellerin welled up at the final whistle and was seen sat on the pitch before exiting to the dressing room, after which he returned to applaud the fans in what appeared to be a final farewell.

Bellerin was embraced by his father Pepe, a lifelong Betis fan, after a strong campaign which saw the player lift the Copa del Rey and become a popular figure at the club.

Betis striker Borja Iglesias took to Twitter after the game to suggest a way of helping the club sign Bellerin permanentely, writing: “Hey! Should we start crowdfunding so that Hector Bellerin stays? What do you think Aitor Rubial?”

Fellow Betis star Rubial wrote “it’s necessary” and Dani Ceballos, the former Arsenal loanee now back at Real Madrid, tweeted the picture of Hector and Pepe on the pitch.

He posted: “Pepe and Hector. So much Beticismo in the same image. An example of sentiment.”

The club’s official account tweeted: “This is the story of a soccer player whose father dreamed of seeing him play for Real Betis. He arrived, won a Copa del Rey and fell in love with the thirteen bars forever. Pure Betis.”

Bellerin is under contract at Arsenal for another season but, with Takehiro Tomiyasu and Cedric Soares occuyping the right-back position, Mikel Arteta may seek to cash in on the player this summer.