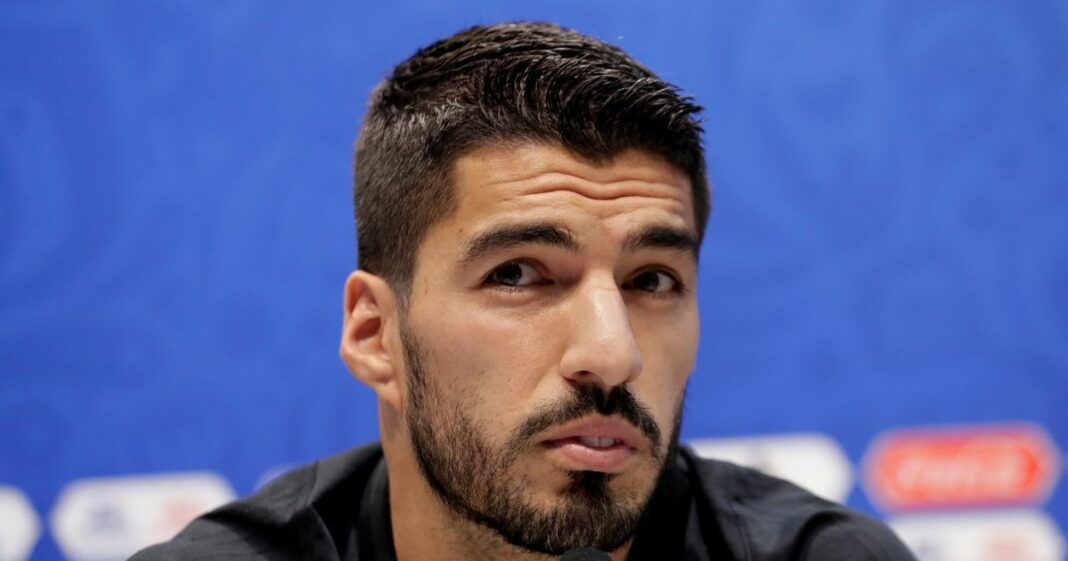 Matters at both the bottom and then top of the table will be at stake as Villa then finish their season with a trip to Manchester City on Sunday. Villa are finishing the season in decent form with just one defeat in five games, which was against boss Steven Gerrard’s old club Liverpool.

But these next two games will give Gerrard more food for thought ahead of a summer spending spree as he aims to get 13th-placed Villa pushing for European qualification.

Here is a round of the latest Aston Villa transfer stories.

Villa will face competition from Seville and Inter Milan this summer for the signature of Luis Suarez. Villa were linked with Gerrard’s former Liverpool team-mate in January only for the club to rule out buying Suarez.

But the veteran striker, 35, is now available on a free transfer this summer when his contract expires at Atletico Madrid on June 30. Villa last week confirmed the permanent £17million addition of Philippe Coutinho, 29, following his successful loan from Barcelona.

Now Fichajes claim that former Anfield and Barca team-mates Coutinho and Suarez could be reunited. But Sevilla are reported to also be monitoring the situation as they need a proven La Liga centre forward for next season.

While Inter Milan also want more firepower for boss Simone Inzaghi to rotate with Edin Dzeko and Lautaro Martínez. Uruguay forward Suarez has scored 34 goals for Atletico in 82 games after joining in 2020 from Barca where he netted 194 in 282. If he went to Villa he would join their top earners like Coutinho on £125,000-a-week.

Aston Villa fans made their feelings clear as they called for the club’s record £33million signing Emiliano Buendia to come on against Crystal Palace in their penultimate home game.

The attacking midfielder excelled against Burnley recently with a goal and an assist in a 3-1 win but the Argentine has found himself on the bench for the last two games despite his man of the match display at Turf Moor. He has come on in both matches to good effect and is now pushing to start when the Clarets return to Villa Park on Thursday.

But his first team prospects haven’t been helped by the permanent £17million signing of Philippe Coutinho, who has been quiet recently. And with Buendia desperate to represent his country at the World Cup this winter, the star, 25, could be forgiven for at least considering his future this summer if he looks set to play second fiddle to Coutinho next term.

Villa boss Gerrard could suffer a blow to his Villa plans with Michael Beale, a key key member of his coaching staff, reportedly a contender for the vacant Charlton Athletic job in League One.

Beale, Villa’s assistant head coach, followed Gerrard to the Second City from Rangers in November, where they had helped guide the Ibrox side to the Scottish Premiership title in an unbeaten season last campaign. Gerrard has been vocal in his admiration of Beale, who he met during his time as a youth coach at Liverpool.

Beale, 41, spent eight years in Charlton’s academy early in his coaching career before spells with Chelsea as academy lead coach and Liverpool, where he became U23 head coach. Now there are claims the highly-rated coach is wanted by Charlton in what would be his first managerial role.

Addicks owner Thomas Sandgaard is an admirer of Beale according to the South London Press who say he was in the mix for the position when Nigel Adkins was dismissed in October 2021.

Aston Villa’s need and desire for a top quality holding midfielder is abundantly clear if the club are to progress as the owners and Gerrard intend.

Names in the frame for the role include Yves Bissouma and Kalvin Phillips of Brighton and Leeds.. But in what is bound to be a competitive market for those stars, Villa are rightly considering other options. These include Marseille midfielder Boubacar Kamara, 22, who is out of contract at the end of this season.

Kamara has made 47 appearances for Marseille this season across all competitions but is set to leave with Villa keen on his signature after a delegation including Gerrard scouted the midfielder in the flesh. Journalist Alan Nixon claims a “bumper deal” is in the offing as Villa also look to shift on players surplus to requirements.