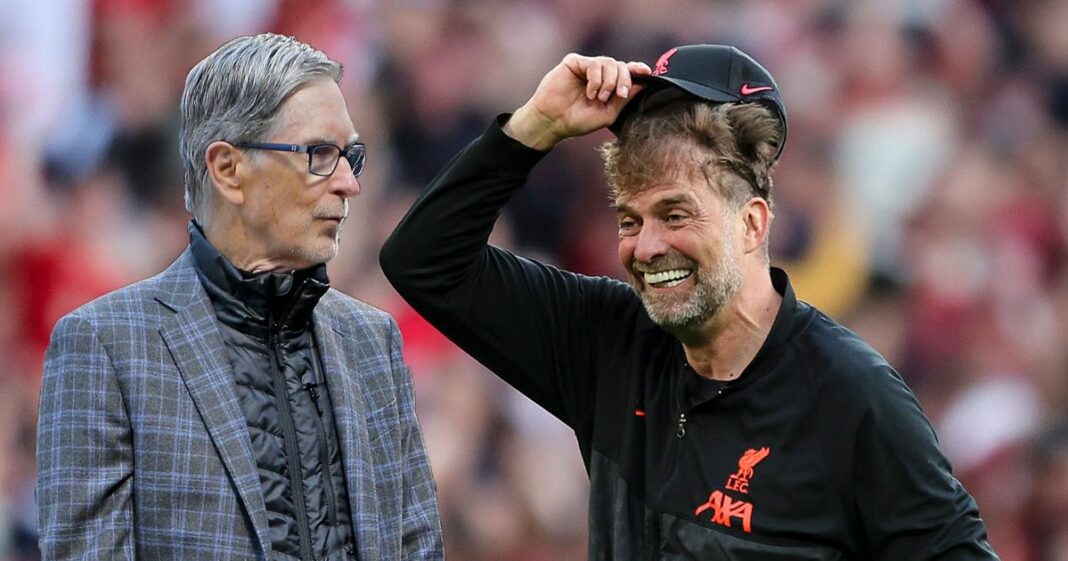 Klopp has ensured Liverpool are still in the running for an unlikely quadruple – the latest in the season any club has still been able to win all four major honours in a single domestic campaign. Two pieces of silverware are already in the bag after February’s Carabao Cup final success over Chelsea has been swiftly followed by FA Cup glory also against the Blues.

Both trophies were won via dramatic penalty shootouts, the first of which saw all 11 players on each side step up before Chelsea deputy ‘keeper Kepa Arrizabalaga missed the crucial kick. Saturday’s FA Cup triumph saw at least one player from both sides miss, but Sadio Mane’s blushes were spared when Mason Mount’s effort was saved.

The win marked the eighth time the Reds have lifted the FA Cup. 120 minutes in the boiling hot sunshine could not separate the two sides and yet again the game went to a shoot-out to determine the winner.

Deputy left-back Kostas Tsimikas proved to be the hero who stepped up to notch the decisive penalty to win the shootout. The Greek international sent Edouard Mendy the wrong way to spark wild celebrations in the Liverpool end.

Klopp cut a delighted figure given the win also ensured the former Borussia Dortmund boss has now won every single trophy during his time at Anfield. The Reds boss has overseen the most illustrious chapter in Liverpool’s recent history.

HAVE YOUR SAY! Is Jurgen Klopp the best manager in the world? Comment below

Penalty shoot-outs are so often nervous occasions when there is affection for one of the teams involved, as Pizzuti found out the hard way. She admitted she could barely control her nerves as she watched the likes of Thiago Alcantara, Diogo Jota and James Milner step up from 12 yards.

Klopp reflected on the game by admitting his attention remained firmly at Wembley rather than focusing on the Champions League final later this month.

“It is pure joy to be part of this club at the moment,” the Liverpool manager said after the game. “There is a lot to come and a lot to play for. Tonight I decided to just enjoy this moment and not think about the next challenge. It is really special.”