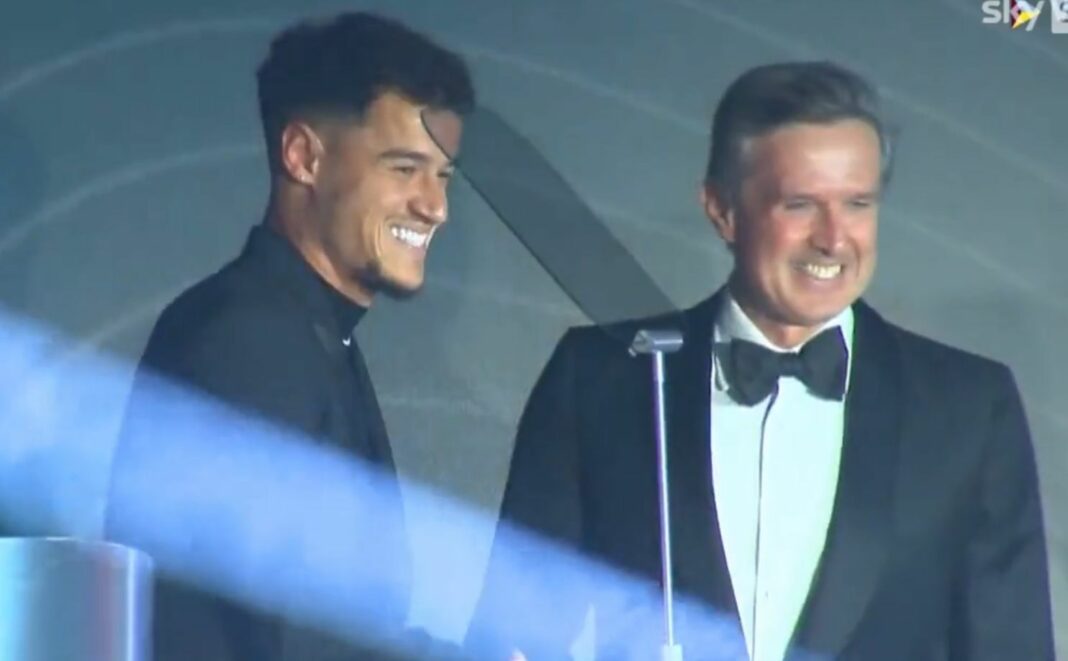 Aston Villa announced earlier that they have signed Philippe Coutinho on a permanent deal from Barcelona after a successful loan spell at the club.

The midfielder has signed a four-year contract with the Birmingham club and Villa will pay the Catalan giants €20milllion for his services reported Sky Sports.

Coutinho has played 16 times in the Premier League this season and has scored four goals and assisted a further three for the Villans and has become a fan-favourite during his short time at the club.

Knowing that Villa decided to surprise everyone at the club’s awards night, where it was announced that the Brazilian would be staying at the club next season and the player was brought up on stage to AC/DC’s song, Thunderstruck.

This was a nice moment for Coutinho to have, who will be hoping for more like it over the coming years.

Aston Villa announced the signing of Coutinho with a surprise at their club awards show ?? pic.twitter.com/jhPWWFnbGP