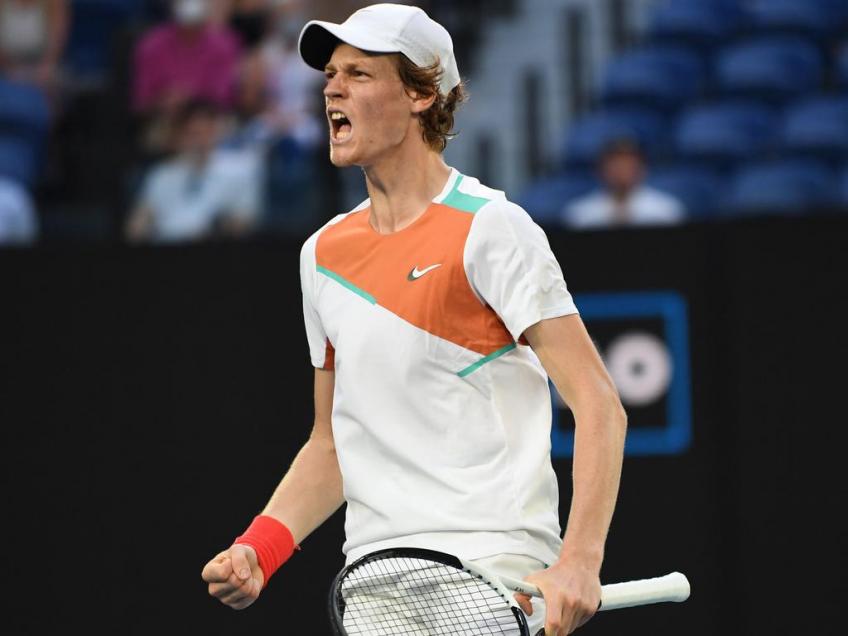 World No, 12 Jannik Sinner was thrilled after recording his 100th ATP match win as he is happy that his hard work is paying off. On Wednesday, Sinner saw off Australian Alex de Minaur 6-4 6-1 in the Madrid second round. It wasn’t a big final or something like that but still it was a match that Sinner will never forget.

Sinner, who turned professional in 2018, clinched his first ATP win in 2019 April, when he won his first round match in Budapest. Three years and a month later, Sinner has 100 ATP match wins under his name. Sinner is just 20 years and considered as one of the most promising and talented players on the ATP Tour.

Sinner is someone who has been tipped to win Masters and Grand Slam titles in the future.

Sinner: It’s a always a good feeling whenever you win

“I have gone my own way. I remember the first win and now I am here at 100 wins.

I hope for more as I am working for that and I just love to play tennis,” Sinner told the ATP Tour website. “Every match you win is a great moment. “When you win a tournament, it is very special. The first tournament I won in Sofia was very special.

Also Next Gen and in Washington, winning an ATP 500 was special. There are also specific matches that are very special and I can be proud of myself. But I will work harder every day.” Both Sinenr and de Minaur struggled on their serve in the first set as a total of five breaks were seen in the first set.