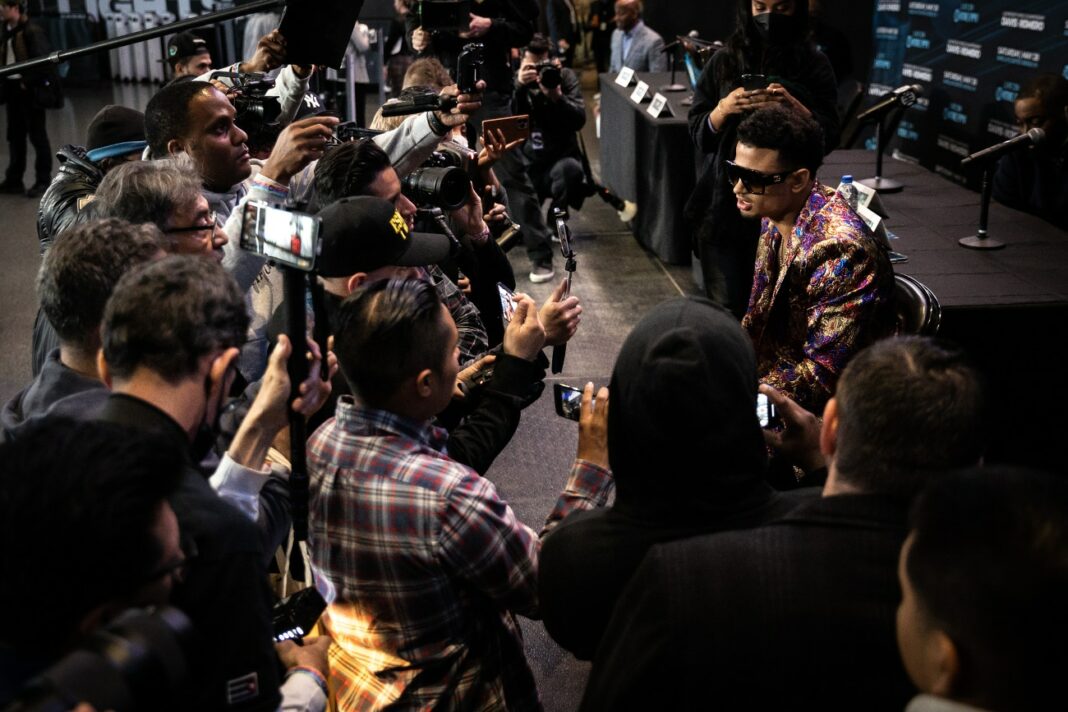 By Jim Calfa: Teofimo Lopez is leaning towards the #1 WBA contender to defeat WBA ‘regular’ lightweight champion Gervonta ‘Tank’ Davis this month on May 28th at the Barclays Center in Brooklyn, New York.

If Teofimo had made this prediction for Rolly (14-0, 12 KOs) last year, he would have been laughed at, but not anymore. Tank Davis (26-0, 24 KOs) has looked poor in his recent fights against Isaac ‘Pitbull’ Cruz, Mario Barrios, and Leo Santa Cruz.

Tank has been matched against many old guys, and he’s failed to get the fights that would have turned him into a massive PPV star by now. You can only imagine the amount of PPV buys Tank would routinely bring in if Mayweather Promotions matched him against the best.

Gervonta should have fought these fighters:

It’s clear from watching those three fights, including his match against 40-year-old washed-up Yuriorkis Gamboa, that the Mayweather promoted Tank isn’t the fighter that many casual boxing fans thought he was.

The power that Rolly, 26, showed in his wins over Jackson Marinez, Anthony Yigit, Avery Sparrow, and Arturs Ahmetovs is like nothing Tank Davis has seen before in his career.

Tank’s handlers at Mayweather Promotions have done an excellent job of keeping him protected from harm, matching him against opposition that largely had zero chance of beating him.

They made a mistake in Tank’s last fight, matching him against a young fighter that could fight in 23-year-old Isaac ‘Pitbull’ Cruz last December, and he was exposed.

By matching Tank Davis with Rolly, Mayweather Promotions have nothing to lose, considering that it’s believed their famous star will be leaving their company now that his contract with them is ending with this fight.

If Tank loses this fight, Mayweather Promotions has Rolly to take over as their new star, a fighter that is more capable of selling his battles with his trash talking.

“Rolly is right about one thing. They’ve been putting [Gervonta Davis] with guys they know will not give him that up-notch competition,” said Teofimo about how Mayweather Promotions have been selectively match-making Tank.

“Rolly’s the one giving him that up-notch competition because of the power, because of the match, and because he’s fighting a real 135-pounder. And Rolly’s awkward, and it’s hard to fight an awkward fighter; I don’t care how stylistic you are,” said Teofimo.

Rolly, 26, has a very good chance of beating Tank Davis if he performs the way he’s been doing, as the popular fighter struggles when he’s faced with fighters that come after him.