Boris Becker jailed for two and a half years 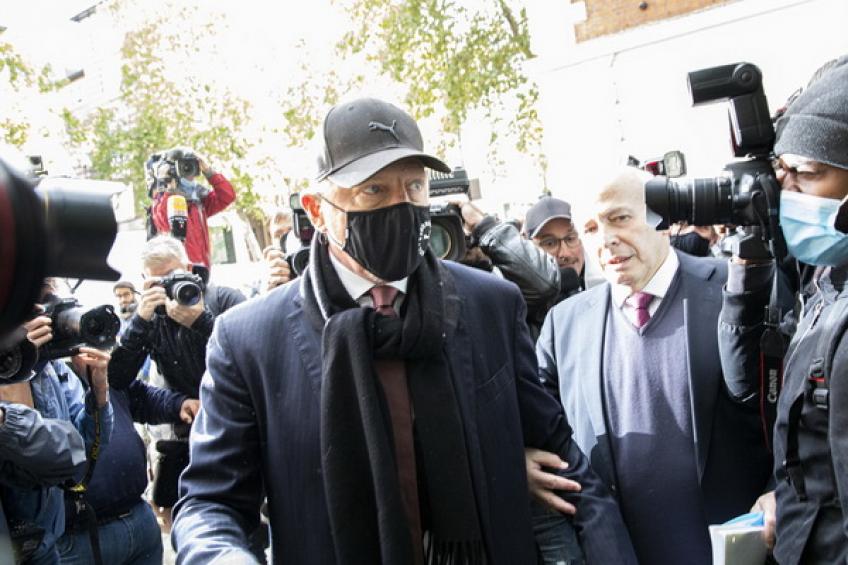 A six-time Major winner Boris Becker has been jailed for two and a half years! The German was charged with hiding millions of pounds worth of assets to avoid paying his debts. Becker has to serve half of his sentence in jail and the other half on probation if he behaves well.

Becker has earned around £35m, but that money is long gone on an expensive divorce from his first wife Barbara and “expensive lifestyle commitments.” Former world no. 1 and one of the most recognized tennis stars was declared bankrupt in June 2017, when he failed to pay the loan for over £3m on his estate in Mallorca, Spain.

Becker was convicted of four charges under the Insolvency Act after a jury trial earlier in April. Boris, a UK resident since 2012, was convicted of failing to declare a £1.3m property in his hometown of Leimen, hiding a £693,000 bank loan and 75,000 shares in a tech firm.

Boris Becker is sentenced for two and a half years.

Still, he was cleared of 20 further charges, including nine counts of hiding trophies and medals, including his first Wimbledon trophy from 1985. Becker appeared at the London’s Southwark Crown Court wearing a striped Wimbledon-colored purple and green tie.

Becker’s lawyer Jonathan Laidlaw QC asked the judge to consider passing a suspended sentence because the trial had “destroyed his career.” Becker took a £3.85m loan from private bank Arbuthnot Latham in 2013 and borrowed £1.2m with a 25% interest rate from the billionaire businessman John Caudwell.

The day after his bankruptcy, Becker was said to have transferred hundreds of thousands of pounds and made nine secret payments at £350,000, over £111,000 to two of his former partners. Born in 1967, Becker became the leading tennis star in the mid-80s after winning back-to-back Wimbledon titles at 17 and 18!

Boris cracked the top-10 following a sensational Wimbledon crown in 1985, becoming the youngest winner at the All England Club. The German was among the world’s best players for over eight years and one of the most formidable opponents on grass and an indoor surface.

Becker’s last Major title came at the 1996 Australian Open, and he closed the season with the Grand Slam Cup title in his hands. Boris retired at his beloved Wimbledon in 1999, beating Lleyton Hewitt in the third round before falling to Patrick Rafter in straight sets. Becker is a former coach of Novak Djokovic, working with the Serb between 2013 and 2016.