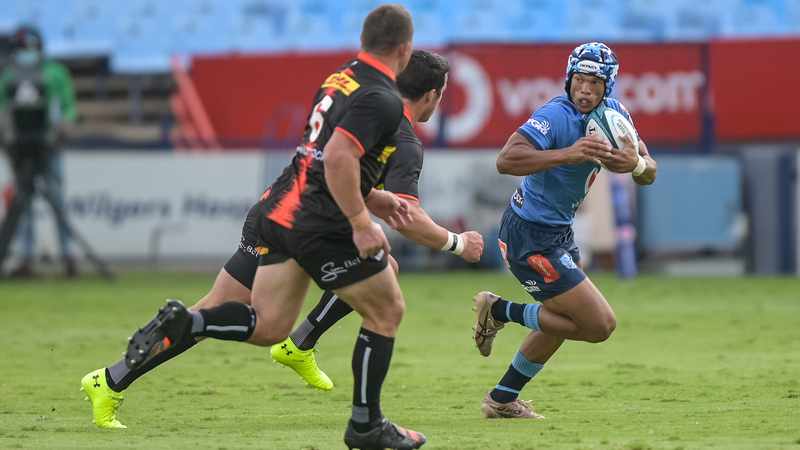 Cape Town — There have been some epic encounters between the Stormers and Bulls over the years, and Saturday’s United Rugby Championship clash at Cape Town Stadium (2pm kickoff) will be no different.

Both teams are in top form at the moment, with the Bulls on a five-match winning streak and the Stormers having won their last four games.

They are jostling for quarter-final positions, with the Stormers sixth on the log with 43 points and the Bulls seventh on 42.

It was the Rosko Specman Show as the Bulls put the Stormers to the sword at Loftus Versfeld. With the home side donning their Marvel-inspired Captain America kit and the forwards dominant, Specman played like a superhero with two scintillating tries, while Handre Pollard put the boot into the Capetonians with a fine display and a 20-point haul.

The Stormers ran up a 14-0 lead in just 30 minutes through fine tries by Sergeal Petersen and Seabelo Senatla, but then Handre Pollard clawed the Bulls back into the game with three penalties, before Ivan van Zyl put the visitors into the lead after halftime. But Herschel Jantjies had the final say by scoring the winning try after a thrilling run by Dillyn Leyds.

Not the most exciting Super Rugby clash ever at Newlands, with the battling Bulls going down to a maul try by Scarra Ntubeni, although Seabelo Senatla’s touchdown was a well-worked move by the backline to put him into space. The Bulls were unable to finish a few try-scoring chances, while Stormers No 10 Damian Willemse missed three shots at goal.

This match had to be abandoned in the 64th minute due to a thunderstorm in Pretoria, but before that, the Bulls scored five tries, with flyhalf Morné Steyn producing an outstanding performance.

It was heartbreak for the Bulls at Loftus Versfeld as replacement scrumhalf Paul de Wet scored the winning try in the closing stages, after the Bulls had fought back from 18-0 down to lead 26-18 in the second half.