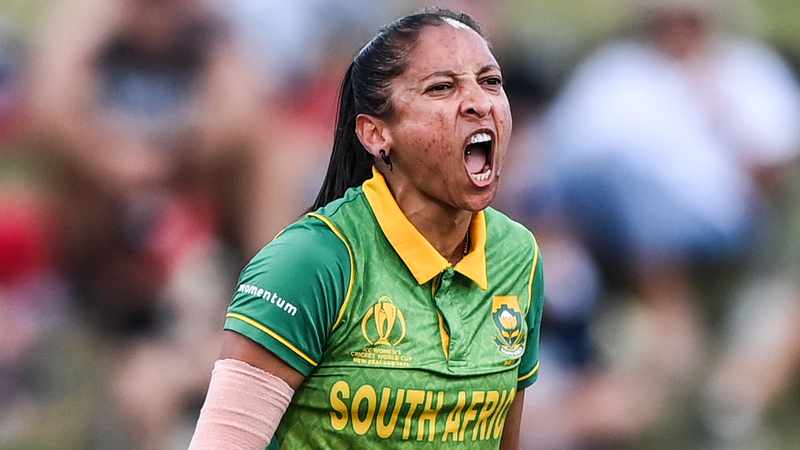 Everyone knows what’s coming from Shrubsole when Lee walks to the crease, including the Proteas opening batter.

A big in-ducker aimed at Lee’s off stump. But even armed with this knowledge Shrubsole gets Lee every time – just like in the round-robin game when the ball snuck in between bat and pad.

Lee is Shrubsole’s proverbial bunny with the England seamer dismissing her the most times of any batter throughout her career – four times (three bowled) across nine matches. It is crucial to South Africa’s chances that Lee, the current ICC ODI Player of the Year, gets through the new ball because she can be potentially devastating.

The Kent-born opener has a phenomenal record against the Proteas having struck 437 runs at an average of 72.83, which includes three centuries and a half-century in just six innings.

Beaumont has certainly been a thorn in the side of the Proteas and it is critical that she is dismissed early. That responsibility lies on the shoulders of Shabnim Ismail. The Proteas tearaway has been phenomenal at this Cup and sits second on the wicket-takers list with 11 scalps at 18.09. Ismail unfortunately limped off with a toe injury in the round-robin game against England and will no doubt be keen to come back firing back in the semi-final with Beaumont firmly locked in her sights.

The clash of the two 22-year-olds, but also more importantly the battle royal between the highest run-scorer (Wolvaardt) and most prolific wicket-taker (Ecclestone ) at the Cup. Both have been sensational for their respective teams with Wolvaardt’s 433 runs countered by Ecclestone’s 14 wickets.

Neither gave an inch in the round-robin meeting when Wolvaardt top-scored with 77, while Ecclestone kept the noose around the Proteas’ batters with 1/23 in her allotted 10 overs. The stage has been set!

Lara Goodall and Laura Wolvaardt discuss the tight victory over New Zealand while looking ahead to their next game against Australia 💪 #NZvSA #CWC22 #BePartOfIt #AlwaysRising pic.twitter.com/t6HC3py95S

With Australia’s Elysse Perry ruled out with a back spasms, this is now truly a brawl between the world’s premier all-rounders. Sciver is the more dynamic batter with even a shot, where she hits the ball through her legs, termed the “Natmeg” named after her. Explosive at the crease with the ability to take the game away from any team through a few lusty blows as she best illustrated when she almost single-handedly beat the mighty Aussies. She is a more than useful seam bowler too.

The Proteas, though, possess in Kapp one of the game’s ultimate match-winners who England know all about. She was terrific in the league encounter where she tore the heart out of the champions’ top-order before returning to complete her maiden five-wicket haul. She wasn’t done yet though as her crucial 32 at the backend of the innings pushed SA over the line.

It’s the experience of Knight up against the rookie leader Luus. Both have been exceptional though in contrasting circumstances with Knight keeping her side calm after three opening defeats that put her team on the brink of elimination.

The way England have fought back in winning four on the bounce to qualify for the semi-finals is testament to Knight’s leadership skills. Luus, meanwhile, had the unenviable task of stepping into the massive shoes vacated by the injured Dane van Niekerk.

She has handled herself with aplomb and kept her cool and that of the entire dressing room through some tense finishes. The fact that she’s found form with the bat during this period has been enormous for her self-confidence too. A battle of the wits it will surely be.