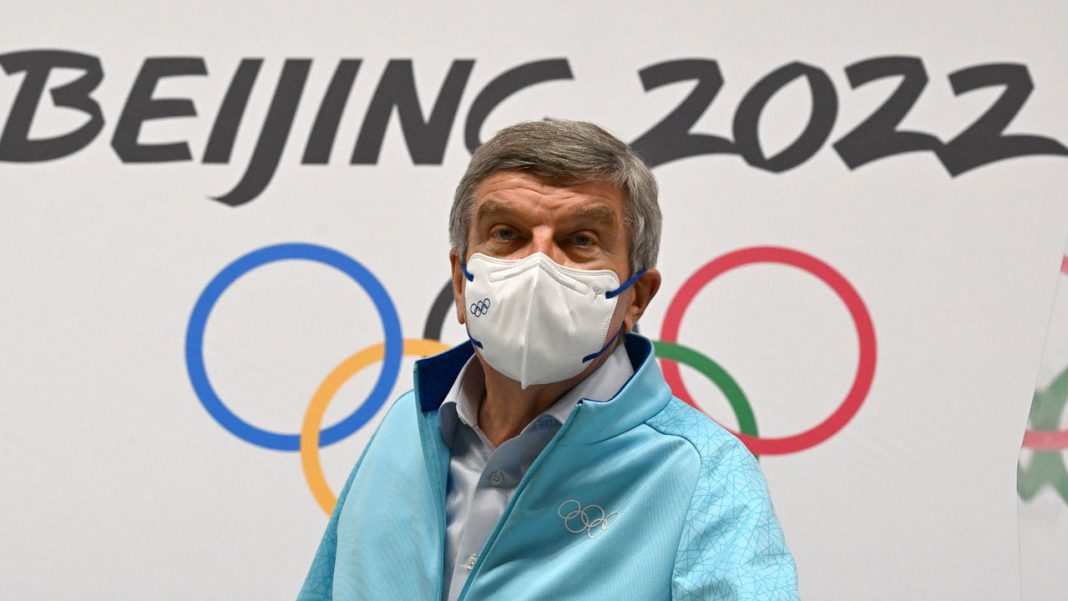 The IOC called an immediate meeting with Chinese organisers to remind them to keep politics out of the Beijing Olympics, president Thomas Bach said Friday, after a local spokeswoman hit back at “lies” about Xinjiang.

“This problem we did not ignore,” International Olympic Committee chief Thomas Bach said, a day after a spokeswoman for the local organising committee, BOCOG, hit back at questions from foreign media about Taiwan and human rights in Xinjiang.

“We were in touch with BOCOG immediately after this press conference and then both organisations, BOCOG and the IOC, have restated the unequivocal commitment to remain politically neutral, as it is required by the Olympic Charter.”

The United States has led a diplomatic boycott by some Western nations at the Games over rights concerns in China, especially the fate of the mostly Muslim Uyghur minority in China’s northwestern region of Xinjiang.

Campaigners say that at least one million Uyghurs and other Turkic-speaking Muslims have been incarcerated in camps in Xinjiang, while there are also allegations of forced sterilisations of women and forced labour.

“These issues are irrelevant to the Winter Games but I still feel obliged to make a quick comment again,” said BOCOG spokeswoman Yan Jiarong on Thursday, after foreign reporters twice asked about Xinjiang.

“The questions are based very much on lies. Some authorities have already disputed such false information with a lot of solid evidence.”

China vehemently denies all charges over its treatment of Uyghurs and maintains the camps are vocational training centres aimed at reducing the appeal of Islamic extremism.

Yan was also bullish on the question of Taiwan. China claims the self-ruled democratic island as part of its territory to be re-taken one day, by force if necessary.

At all Olympic Games, athletes from Taiwan compete under the banner of “Chinese Taipei”.

“This is something that we really have to take a solemn position on,” said Yan, following a question about Taiwanese athletes at the Games and their attendance at Sunday’s closing ceremony.

“What I want to say is that there is only one China in the world.

“We are always against the idea of politicising the Olympic Games.”