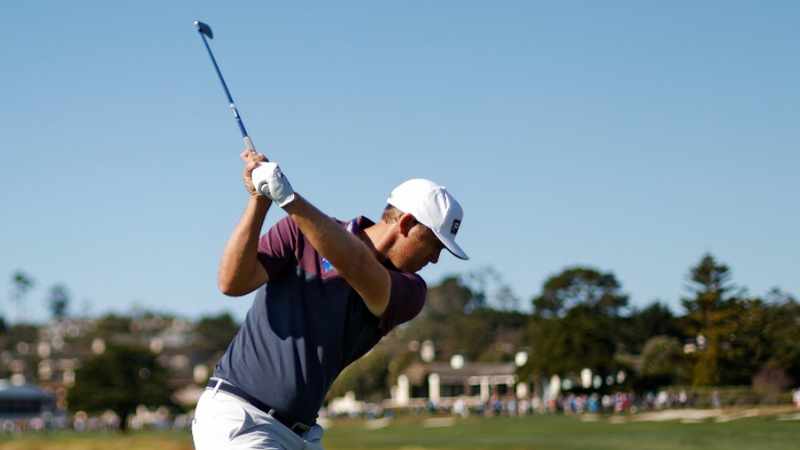 Power carded an 8-under-par 64 in the second round at Pebble Beach Golf Links,leaving him at 16-under 128.

Dialed in all day. 🎯 pic.twitter.com/VEZj4zKTJU

Seven players, including Australia’s Jason Day (66 at Monterey Peninsula) aretied for eighth place at 9 under.

Everyone in the field will play one round apiece at Pebble Beach, SpyglassHill and Monterey Peninsula before Pebble Beach hosts the final round onSunday following a 54-hole cut.

Power was 2 under through his first eight holes before he birdied Nos. 9through 12. He alternated pars and birdies over the next four holes beforeclosing bogey-birdie.

“My wedge play was great,” he said. “Three or four shots I hit very, veryclose, and the way I’ve been putting, they were not gimmie birdies, butcertainly ones you would expect to make, and it just changes your wholecomplex of your round, of your score. So that was the most pleasing.”

In four previous starts in the event, Power has never finished higher than atie for 38th.

“I love coming here, (but) I haven’t really showed it,” he said. “I’ve alwaysreally enjoyed playing Spyglass and played it pretty well. So I knew if Icould just have my decent game, I knew I could score well there, where a lotof guys kind of drop some shots and then kind of really put the pedal down onthe other two courses.

“But nothing in particular, I just haven’t really come here with a lot of formbefore, and this is the first time I’ve had a bit of form. And I think it goesa long way, no matter what course you’re on, if you can play with confidenceand kind of commit to your lines, you’ve got a really good chance, and I’vebeen able to do that so far.”

Putnam had five birdies and one bogey in his round, while Hoge had a wild day.Hoge opened with a double bogey, immediately got those strokes back withconsecutive birdies, followed with bogeys at Nos. 7 and 8. Then he logged fivebirdies and four pars over the next nine holes before closing with a bogey.

“I was a little shaky off the start, drove it a little crooked and missed someputts in there,” Hoge said. “I righted the ship pretty well from 9 on in. Iwas a little bit flustered with a bogey at the last, but it was nice to makesome birdies coming in.”

Svensson was 2 under at the turn before finishing with six birdies and threepars on the back nine.