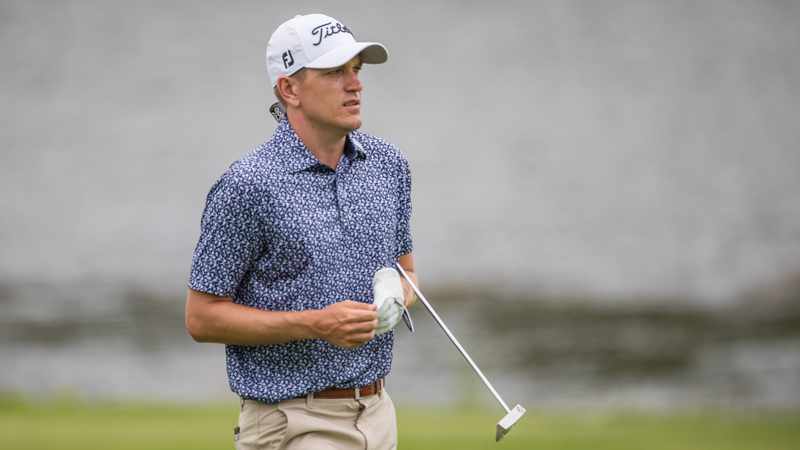 Sun City — Martin Rohwer got to do a lot of walking to the green with his putter under his arm on Saturday as he fired a bogey-free 67 to take a four-stroke lead ahead of the final round of the Sunshine Tour’s Vodacom Origins of Golf Final at Gary Player Country Club.

He felt that he hit more fairways and greens than he did in his opening round of six-under-par 66, and that his second round featured better work off the tee and into the greens. Whatever the case, he made five birdies without dropping a shot to have a four-stroke edge over Alex Haindl. Louis de Jager, first-round leader Dylan Mostert and Pieter Moolman were in a share of third, five strokes behind Rohwer on six-under-par through 36 holes.

“I chipped in twice yesterday, and had just 21 putts in my first round,” said Rohwer. “It just felt like I was scrambling all the time. Today, I hit the fairways, which is essential here at Sun City, and I felt confident standing over the ball for my approach shots. It just felt like a better round.”

The statistics show he in fact hit fewer fairways than in the first round, and that he did, indeed, reach the greens in regulation more frequently as he hit 12 of 18 in the requisite number of strokes. With no chip-ins during the second round, in the end, he might look to the fact that he made five out of five sand saves as being a significant factor in giving him such a good lead.

Rohwer’s 67 was matched by one other player on the day as Wilco Nienaber came roaring back from an ordinary first round 73 with his five-under 67 in the second. The big-hitting Nienaber made an eagle, four birdies and a bogey to move to four-under for the tournament and a share of seventh, one behind Luca Filippi.

Rohwer, who has one Sunshine Tour title to his name, and campaigned on the Challenge Tour between August and October last year, put his clubs away for the whole of December after the South African Open Championship where he came 36th. “My coach and I just had a hard look at what we needed to do,” he said, “and the result is that I am focusing on one shot at a time better than I have for a while. Also, within that shot, I’m focusing on a very small target and I’m feeling that I can hit that target.”

That means he’ll be able to shut out the peripheral noise when he starts the final round and concentrate on doing things well and doing them right. “If I do that, I’ll be happy,” he said. “If a win comes from doing it, then I’ll be even happier.”