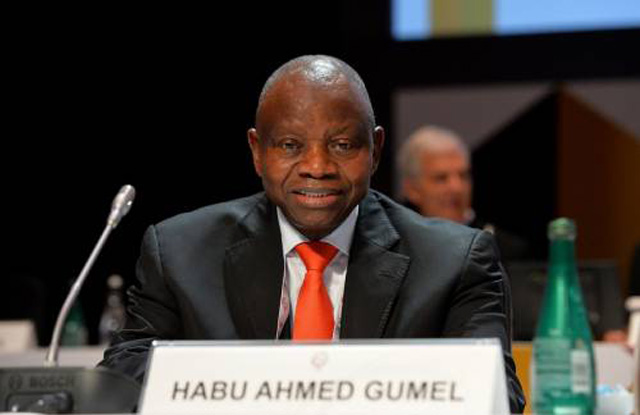 Fifty-one Nigerian athletes have already qualified for various evens at the Tokyo 2020 Olympic Games, which is scheduled to begin next month, the president of Nigeria Olympic Committee (NOC), Habu Gumel, has revealed.

Gumel, who said the NOC and the Ministry of Sports were working together to ensure Nigeria performed better in Tokyo than it did in the last two games, revealed that more athletes were expected to qualify for the games before the end of the qualifying window.

Speaking on the final day of the Nigeria Olympians Association Awards in Abuja at the weekend, Gumel revealed that the NOC and sports ministry have concluded plans to take Team Nigeria on a training and acclimatisation tour of Kizirazu, Japan.

This, he said, is one of the ways the country wants to present fit athletes for the Games, adding, “We are grateful to the ministry of sports for supporting the NOC and the athletes to prepare adequately for the Olympics.”

Yesterday in Lagos, Team Nigeria’s mixed relay team became the latest set of athletes to qualify for the Games when they grabbed the ticket at the Paga/MoC Invitational Relay at Yaba College of Technology.

With their timing, the Nigerian team is perched at number 15 among the top 16 qualifiers.

Athletics Federation of Nigeria (AFN) officials are optimistic another nation will not overshadow that performance before the June 29 deadline for qualification.

In his excitement at the feat, AFN President, Tony Okowa, said, “Nigeria can now boast three relay teams, which expands our chances of winning medals.”

He added: “We are going immediately into close camping to get the athletes adequately prepared for the challenges ahead.”

Okowa had promised N2 million as motivation for the athletes in the battle for the relay tickets. He doled out N500,000 cash reward to the women’s 4x4000m quartet on Thursday after they grabbed their ticket at Teslim Balogun Stadium.

Earlier yesterday, the men’s 4x400m and 4x400m teams failed to qualify for the Games at the same venue.

According to Rowing, Canoe and Sailing Federation Secretary, Olubunmi Oluode, the scholarship was secured through the International Olympics Committee (IOC), NOC and Rowing Federation.

“This is a big boost for Nigeria’s first female home-based qualified rower and her coach. This would give her ample opportunity to prepare well for the Olympics.

“In addition, she will have opportunity to train and compete with already qualified athletes  from Asia and Africa,” she said.

She revealed that the athlete and her coach are already in Tunisia for the camping programme from where they would join Team Nigeria in Kizirazu for the final phase of training for the games.