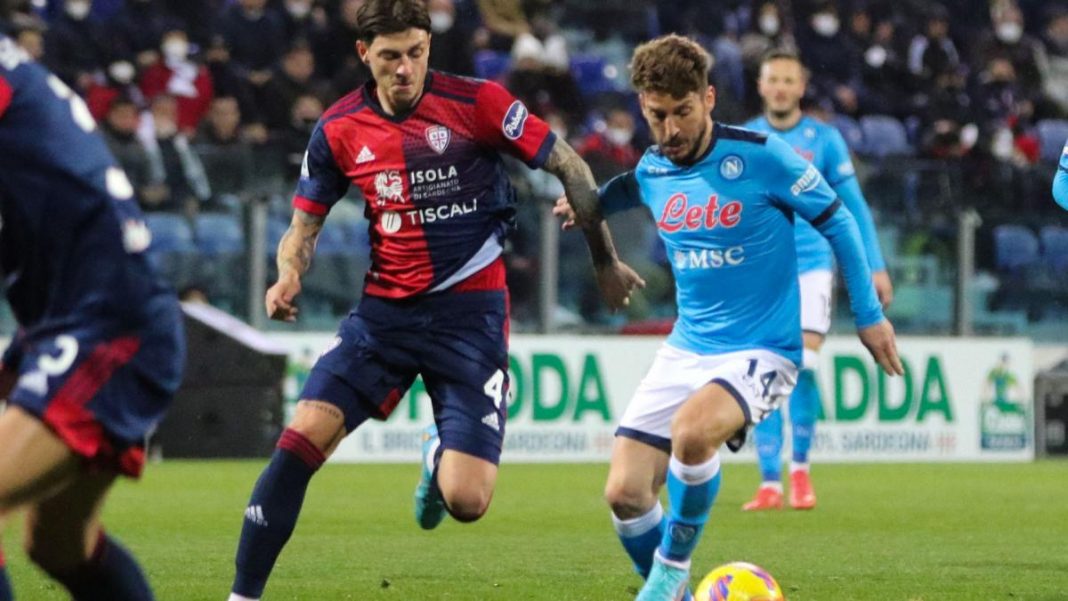 Chelsea have made an enquiry for Napoli’s Belgium striker Dries Mertens as they consider options for their attack.The 32-year old was expected to leave Napoli in the summer but Chelsea are exploring whether a deal can be done now.

Chelsea want a forward amid Tottenham interest in Olivier Giroud and Tammy Abraham playing through injury.Like Tottenham, they have been offered Krzysztof Piatek from AC Milan but they want a loan with obligation to buy at around £28million.

Both Premier League sides would prefer a straight loan with an option instead should Piatek impress.Giroud has seen a move to Inter Milan falter as they would prefer to sign him in the summer and his representatives are keen for him to stay in London hence him being offered to Spurs.

Mertens has been prolific at Napoli and has set his sights on finishing the season with a flourish but at 32, a new challenge in the Premier League could prove attractive.

Whether Napoli can line up a suitable replacement in the time left will be key.Frank Lampard has been searching for someone to provide more goals for the Blues, who have at times struggled to convert chances.

Case in point was the 1-0 defeat by Newcastle earlier this month where they failed to make the most of their possession and dominance against a stubborn defence.

Mertens is generally more effective playing on the wing or behind a forward rather than an out-and-out striker so may not provide a direct threat to Abraham’s position in the side if he joins.

Chelsea are fighting for a spot in the Champions League and remain in a strong position in fourth, six points ahead of Manchester United.They will have to move quickly is a deal is to be done with the transfer window closing tomorrow ahead of their tricky clash away at Leicester.