Iconic boxers who deserve fighter of the decade title | 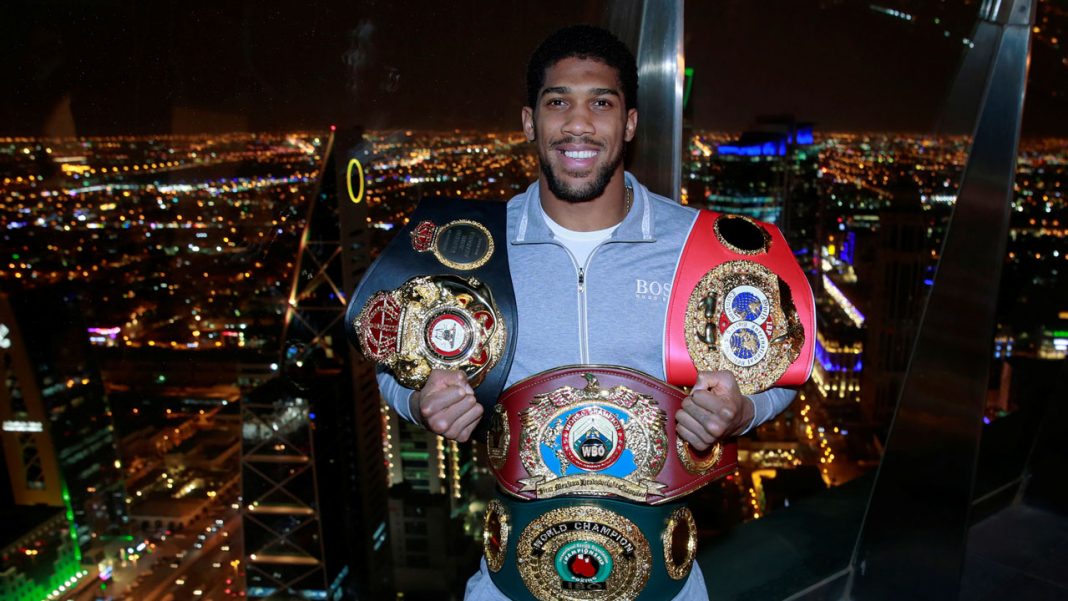 Tyson Fury reached the top, Anthony Joshua went from novice to champion and Carl Froch led the way in what boxing may one day call ‘the stadium era’.

The decade that will shortly draw to a close featured the biggest pay-per-view bout in history and saw women box at the Olympic Games for the first time.

There was rivalry, hostility and controversy aplenty but when all is said and done, the 5 Live Boxing team believe three men shaped the 2010s.

If belts were handed out for ‘Fighter of the Decade’, here’s who Mike Costello and Steve Bunce think would have one around their waist.

Carl Froch’s decade did not start too kindly when a volcanic ash cloud looked set to stop him flying to face Mikkel Kessler in Denmark early in 2010.

By the time a private jet came to his and the bout’s rescue, ‘The Cobra’ had indulged himself with a barbecue and fizzy drinks having written off any prospect of fighting. He lost to the Dane, waited three years and gained revenge in a rematch.

George Groves stepped up next for a thrilling contest Froch won controversially, leading to a 2014 rematch that heralded a new dawn for British boxing.

“That was only the second time Wembley Stadium had been used since Henry Cooper fought Muhammad Ali in 1963,” recalls 5 Live Boxing analyst Bunce. “The other was Frank Bruno against Oliver McCall in 1995.

“Now it’s been like a revolving door on the stadiums for us.”

Costello says the right hand that knocked Groves out ranks among the “punches of the decade”. It was the last punch of Froch’s career and ensured he bowed out as a world champion.

“That was a really important fight, not just for British boxing but the global scene,” says BBC Sport boxing correspondent Costello. “You could almost describe this as the outdoor decade and that fight really did set the scene.

“After the first Froch-Groves fight, promoter Eddie Hearn tweeted ‘who fancies Froch-Groves II at Wembley Stadium?’ He got tens of thousands of responses and that made him think it was feasible. The germ of that fight was made on social media. The link between Froch and Hearn was influential in how the decade has gone on to play out.

“We’ve now had Joshua outdoors against Wladimir Klitschko, against Alexander Povetkin and under the roof at the Principality Stadium twice. Carl Frampton has fought outdoors twice in Belfast, Kell Brook did at Bramall Lane and Josh Warrington at Elland Road.

“Looking back on Froch’s career there’s no doubt he was the British fighter of the first half of the decade.

“He had two defeats. He lost to Kessler, but came back and beat Arthur Abraham. Then he lost to Andre Ward and beat Lucian Bute. The two performances of his career came after defeats. That is the make-up of a very special character.”
British fighter of (second part of) the decade – Anthony Joshua

On the undercard of Froch’s Wembley showdown was Joshua, an Olympic gold medallist making just his sixth professional appearance.

The Londoner’s path might have been totally different though had Fury not spent time away from the sport battling mental health issues after ending Klitschko’s reign as world champion.

“Maybe it’s a British slant but what Fury did in November of 2015 was extraordinary,” recalls Costello.

“Who would have thought we wouldn’t see Fury in a ring for 924 days after it? In my mind, the magnitude and quality of his win has been diluted because of that.”

Joshua would ultimately scoop the belts Fury never got the chance to defend by beating Charles Martin and Klitschko at Wembley Stadium in 2017 and Joseph Parker in Cardiff in 2018.

“The standout fight of the decade in Britain undeniably was Joshua v Klitschko,” Costello adds.

“What we saw underlined that night was the importance of Joshua to British boxing and how ‘a rising tide lifts all boats’.

“He has dragged the rest of the sport with him. When he fights, boxing becomes mainstream again. And it is my view that his profile and attraction has grown for losing to Andy Ruiz Jr in June.

“Joshua is the British fighter of the second half of the decade – nine world title fights, eight wins.”

Joshua avenged his loss to Ruiz with victory in Saudi Arabia in December, ensuring he ends the decade with three of the four heavyweight titles.

“Every single Joshua fight trumps my busiest ever week in 30 years,” adds Bunce. “In Saudi Arabia I could have worked every hour, every day for seven days.”

Joshua’s defeat by Ruiz at Madison Square Garden underlined how even the biggest names can get it wrong.

In turn, as Costello wrote in his BBC Sport column in November, the shock underlined how undefeated types like Joe Calzaghe and Floyd Mayweather somehow “got it right every time”.

Such earnings underline why the 42-year-old’s choice to buy himself out of his contract with promoter Bob Arum in 2006 for $750,000 is often referenced as ‘boxing’s greatest investment’.

A 2017 bout with UFC star Conor McGregor saw Mayweather end his career 50 fights unbeaten. But it was his points win over Manny Pacquiao in 2015, sought after for so long by fight fans, that still stands as the most-bought pay-per-view fight in history.

“For me, Mayweather is unrivalled as the fighter of the decade,” adds Costello. “Across his career, 50 fights in all and 26 of them world-title fights.

“Even in this decade, in 2012 he beats Miguel Cotto, who won the world middleweight title two years later. Pacquiao goes on and wins world titles. Where is the sense in the notion that everyone Mayweather took on was over the hill?

“I realise he is an easy man to dislike and for blood and thunder merchants he doesn’t produce on the night. I also accept if the sport were full of Mayweathers it would die, but there’s room for one of them.”

As the decade comes to a close, the sport’s best-paid active fighter is Mexico’s Saul ‘Canelo’ Alvarez – a man who has held versions of a world title at four weights.

“I don’t think there is any danger on Mayweather being our overseas fighter of the decade,” adds Bunce.

“In the period, some of the names on his record are immense. When you think of Canelo as the fighter that dominates world boxing at the moment and when you think about what Mayweather did to him, it was a walkover. We overlook that fight. That is his greatest win of the decade.”
Culled from BBC Sport.com