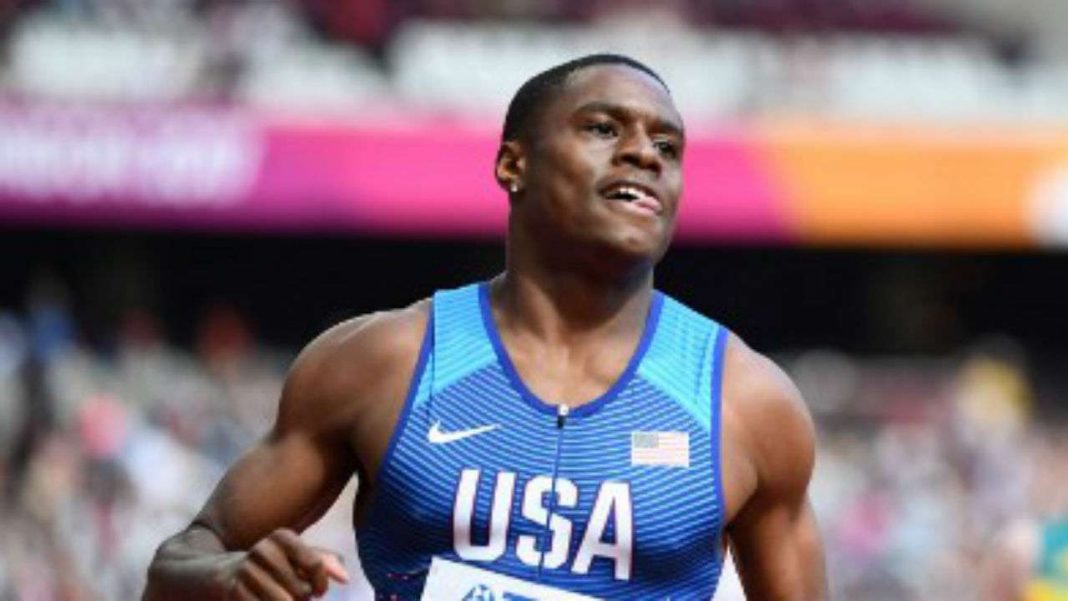 American sprinter Christian Coleman is under investigation over concerns he may have missed three drugs tests, BBC Sport has been told.

If found guilty he would face an automatic one-year ban and would miss the Championships in Qatar and the Olympic Games in Tokyo next year.

He is alleged to have had three possible failures under the ‘whereabouts’ system in the last year.

Coleman is understood to be contesting at least one of those cases.

Coleman won the US National Championships last month in a time of 9.99 seconds, having already set the fastest time of the year so far – 9.81secs in the Diamond League meeting at Stanford, California in June.

The 23-year-old won the silver medal at the 2017 Championships in London behind fellow American Justin Gatlin and has a personal best of 9.79secs, making him the seventh fastest man in history.

He also set a new world record for the 60m when he claimed gold at the Indoor Championships in Birmingham last year and was talked about as a new superstar sprinter in the post-Usain Bolt era.

However, he pulled out of a Diamond League event in Birmingham last Friday.

Under the ‘whereabouts’ system, athletes must let officials know where they will be for one hour every day as well as details of overnight accommodation and training.

However, cyclist Lizzie Deignan won a successful appeal at the Court of Arbitration for Sport in 2016, which allowed her to compete at the Rio Olympics and prevented a two-year ban after she missed three out-of-competition tests in a 12-month period. One of those tests was later declared void.