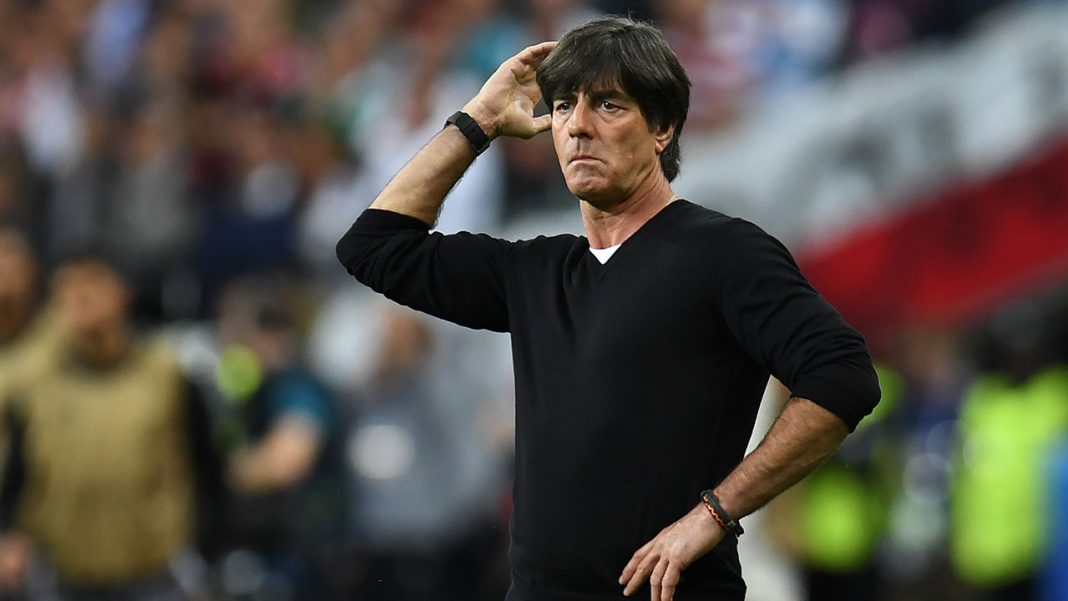 Germany coach Joachim Loew hopes to prove his critics wrong and open 2019 with a win when his new-look team host Serbia in a friendly in Wolfsburg on Wednesday.

Loew, who arrived in Wolfsburg later than expected due to a dental operation this week, is hoping to bounce back from a painful 2018, in which Germany suffered an early Cup exit and were relegated from the top tier of the UEFA Nations League.

The friendly against Serbia is a warm-up for Sunday’s prestigious opening Euro 2020 qualifier away to the Netherlands with the Germans hunting revenge after a 3-0 thrashing at the hands of the Oranje last October at the Amsterdam Arena.

Amid fears that German football is in decline, the 59-year-old Loew is under pressure to show that he can build a new era of success around a younger generation of players.

Yet he has also faced fierce criticism for his decision to strike veteran Cup winners Mats Hummels, Jerome Boateng and Thomas Mueller from the national team set-up, falling offside with their club Bayern Munich in the process.

The controversial call has been seen as a gamble, which has heightened the pressure ahead of Wednesday’s game.

Yet the Germany boss has insisted that the right conclusions have been drawn from the failures of last year.

“We have had a think since the Cup,” he admitted on Friday. “We need to be quicker, more ambitious and more dynamic. We lost all that at the Cup and our game became quite predictable.”

Loew confirmed on Friday that Neuer remains his first-choice goalkeeper, despite calls for him to promote Barcelona stopper Marc-Andre ter Stegen to the number one role.

Yet he also called upon younger players such as Niklas Suele, 23, Leon Goretzka and Joshua Kimmich, both 24, to step up into leadership roles.

“Some players need to take the next step,” he said. “Goretzka and Kimmich are guys with clear ideas, ambition and opinions.”

“Suele has to take on responsibility, we expect more from him now,” said Loew. “He needs to organise and direct proceedings at the back.”

As the direct heir to rejected defensive duo Hummels and Boateng, Suele will be under particular scrutiny against Serbia.

Klinsmann criticism
Many have questioned Loew’s decision to get rid of two such experienced defenders, including his predecessor and former colleague Jurgen Klinsmann, who coached Germany to third at the 2006 Cup with Loew as his assistant.

“My personal hope is that the door remains open for Hummels, Boateng and Mueller,” Klinsmann told AFP subsidiary SID this week.

“They are top players, and it’s important to have them at your disposal if you need them.”

“It obviously increases the pressure on the team a bit when you make a decision like that.”

Yet Klinsmann also warned that German football was in bad shape, and that big decisions were needed to stop the rot.

“The results have been very disappointing in recent years,” he said.

“The fact that we have no teams left in the Champions League is a fiasco. I can only hope that there is a reaction, a change in approach which will get us back on top.”